It happened rather suddenly – one evening we decided to go for a vacation. And by “go” I mean “fly”, because I would not settle for anything less than Venice. The perfect time seemed in June, which was a little less than 2 months in the future. Out of the three weeks I had for the trip, one would be spent in Venice, the rest – visiting other highlights of northern Italy.

As I found out while booking travel and accommodations, it’s not uncommon for some to book their Italian vacations half a year in advance. That’s rather unusual for me, and the lack of affordable hotels in the city left me puzzled (they were all booked). Eventually I had a revelation – why not rent an apartment? Long story short we found one that cost only €100 per night and was located in a beautiful area in Cannaregio. Good luck finding a hotel in Venice for that much. Somehow the thought of renting an apartment for a vacation overseas made me feel like a seasoned traveller, even though I still had not a single visa stamp in my passport.

Our arrival was not without minor annoyances. My partner was “randomly selected” for a full body scan at the security check point in YYZ. That’s one thing off his bucket list! Our Airbus was set to depart at 10pm, but ultimately the boarding only started at 11pm. That part is a bit of a haze in my mind, which is probably a good thing. 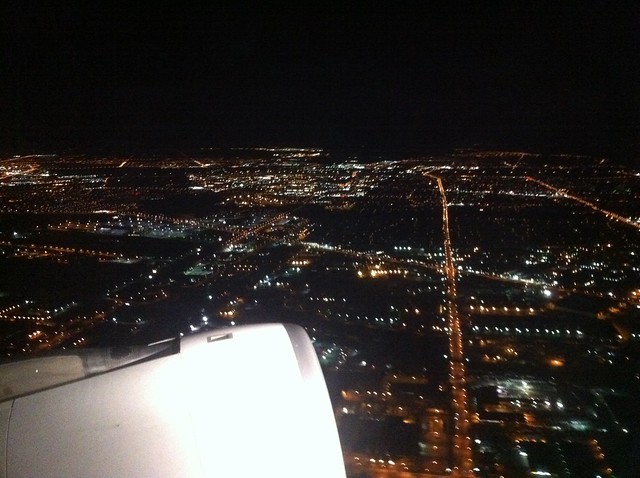 I knew things were turning for the better when I saw Alps out of the windows: 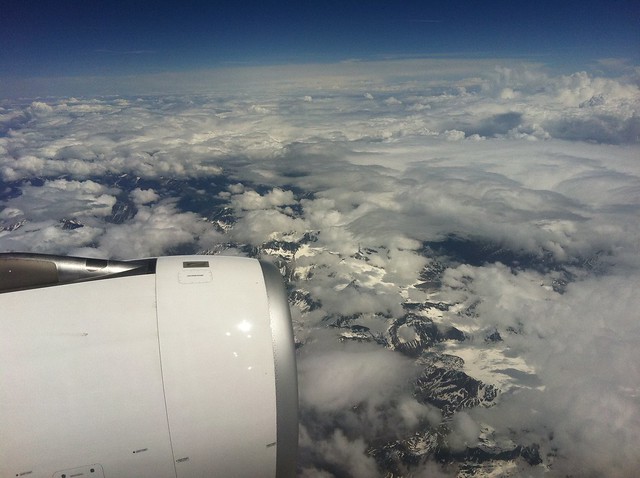 As we descended, it seemed that we were going to land in a swamp. Marco Polo airport is very small compared to Pearson in Toronto, and located right on the shores near the Venetian lagoon. There is no word better fitting than “swamp” to describe the look of that area. The landing, the bus, the terminal, another bus, omg-look-these-houses-are-Italian!, Venice. Now we are talking! Here is the first photograph I took after landing in Italy. 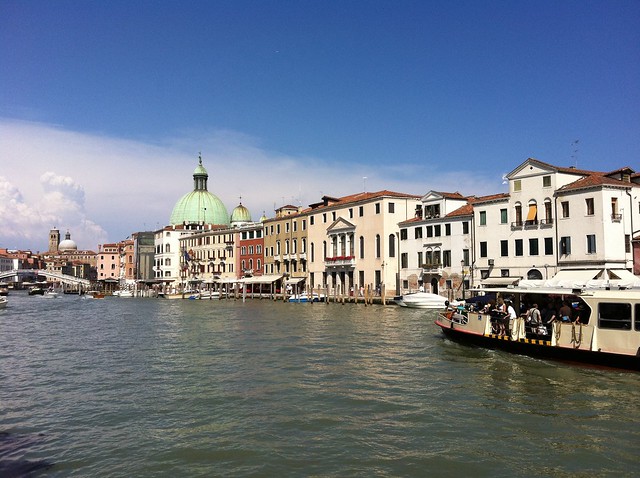 Ferrovia bridge on the far left, vaporetto coming in from the right. Did not take any shots at the airport, because a) it just did not excite me, b) all the delays pushed our arrival back by over 2 hours and I just wanted to get to that mythical city on canals already.

With the help of some mellow ladies at the tourist info office near Piazzale Roma we made our way to Rialto bridge and found a Wind mobile store to buy SIM cards for our phones. Here I found out that Apple messed up on my last phone replacement and left it in a locked mode. Thankfully my partner’s phone worked with their SIM card just fine. We called our apartment host to arrange for a meeting time and place and proceeded to find a vaporetto that would take us to Orto stop.

3-4 hours of hopping on and off the vaporetti and several worrisome phone calls later, we finally made it to Orto. My partner was a bit upset that I did not warn him about my intentions to get lost in Venice so fast after arrival (well, it was not intentional per se…). I think we circled the island several times during this time. Up and down the Grand Canal, got off at Lido, got off at Giudecca, around the port, and finally – Orto. A fast paced walk through the streets, several turns into narrow alleys, and there it was: 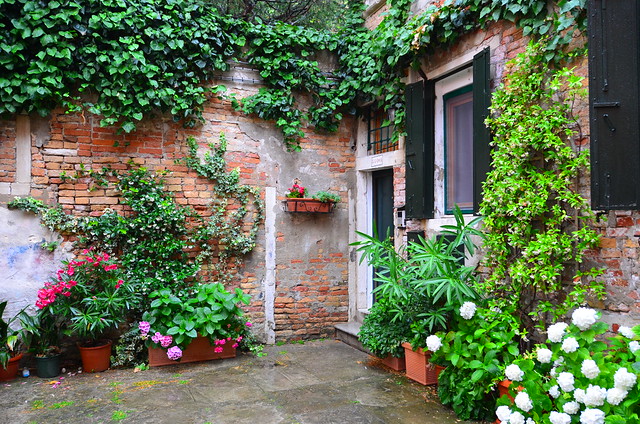 Just a few steps further there is a small canal. The apartment was not too big, but definitely bigger than any hotel room we have been in (then again, we do not book presidential suites). It was decorated in shades of pink and purple, and made me feel like living as a Venetian must be a heavenly experience. During my stay that feeling was only confirmed.

By the time we showered and changed it was already dusk outside. We went to eat at a nearby restaurant, tables right on the edge of the street by the canal. Ordered pasta. Finished off with one of the most delicious desserts I’ve eaten in a while. That’s when I realized that I’m in love with this city. 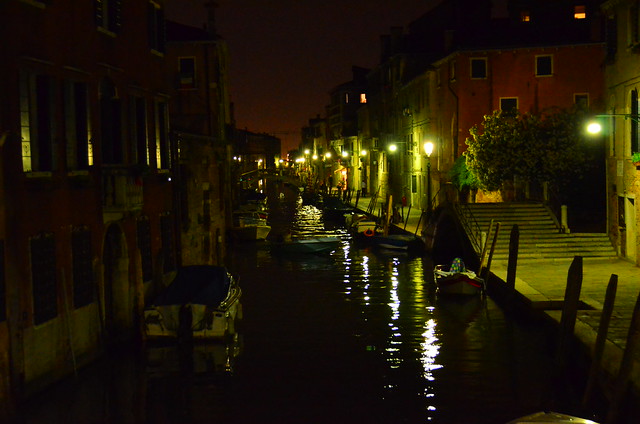