I am beginning to realize that for a large chunk of the planet’s population freezing temperatures and snow in December are not the norm. Yet for me, it’s still exotic that winters do not actually have be cold. Or at least, not that cold.

So for this Christmas break, we gather some basic necessities and head south to Baja California. Because this is not Toronto and I don’t have to deal with the sad dirty snow on the cold city streets. I can ride my bike in December and enjoy it too. (And half the world’s population just shrugged their collective shoulders and went on with their lives.) 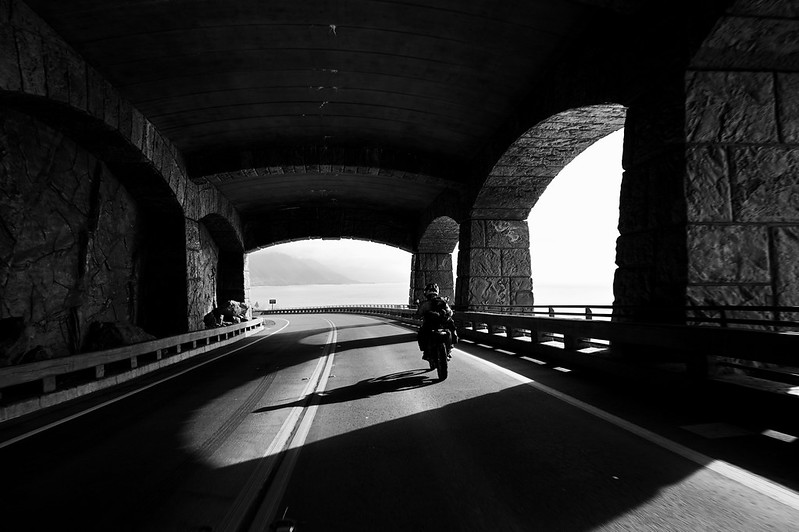 Passing through the Rain Rocks Rock Shed on highway 1

First order of business was the quintessential Northern Californian destination — Big Sur. It was finally open after almost a year of repairs and we have dutifully completed this magnificent portion of highway 1. Photos don’t do it justice, although we tried. Near the end, close to San Simeon, Alex spotted something on the shore and we pulled off into a parking lot – it was an elephant seal viewing area. December to February is their peak breeding season, and the beach was filled with seals. A few were lazily moving around, but most were sleeping in tight piles, occasionally waking up to scratch a belly or reposition themselves to better take advantage of their cuddly neighbours. 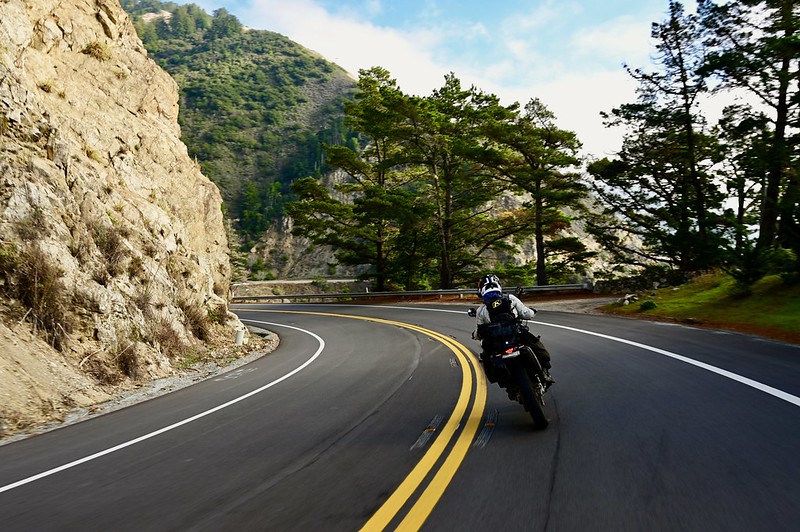 The twists of highway 1 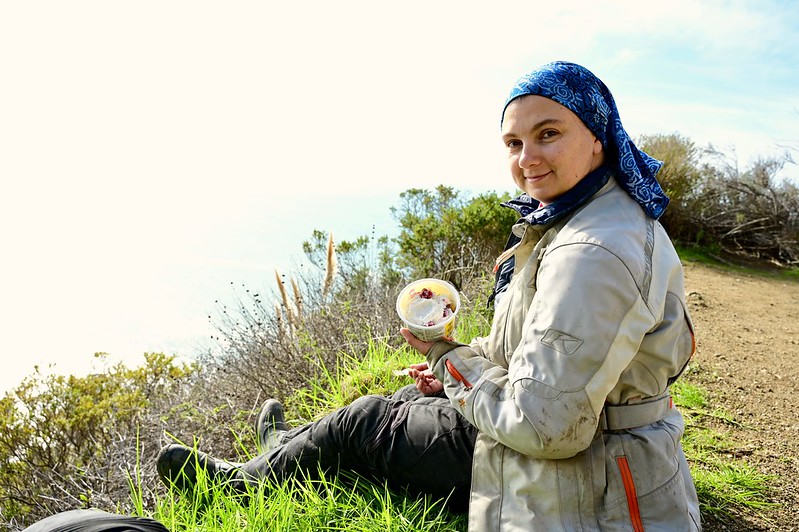 Lunch break: raspberries and cottage cheese. Views of the Pacific – too sparkling for the camera to handle. 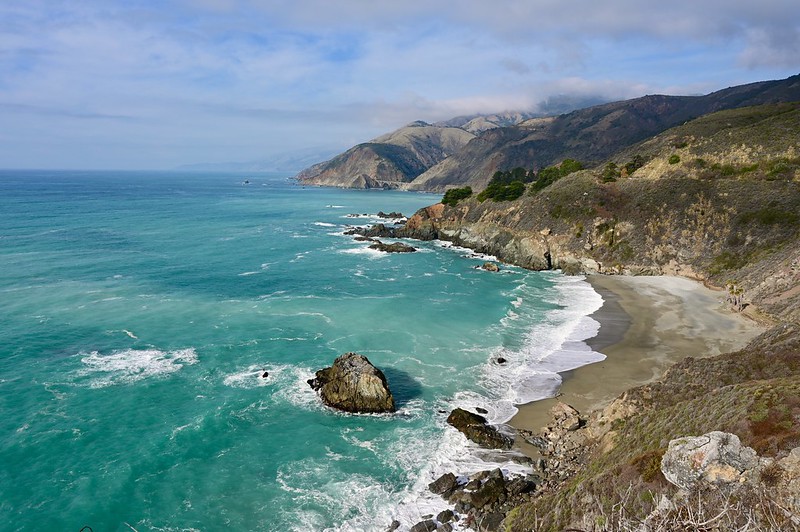 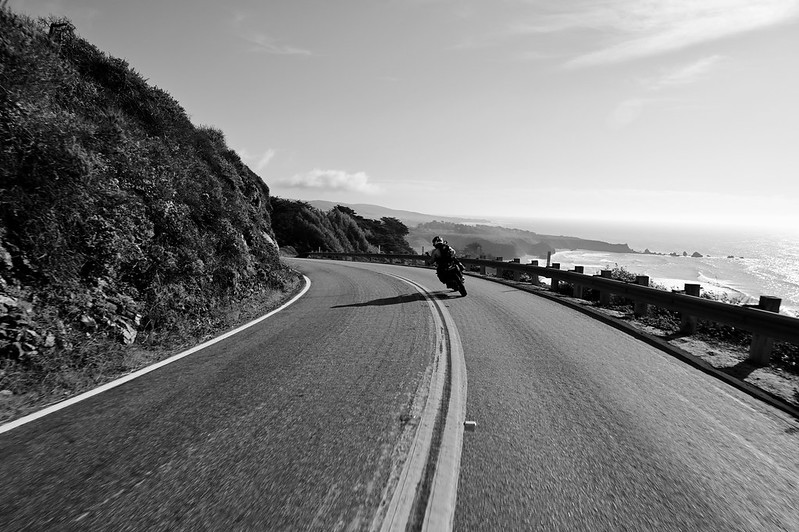 It’s difficult to ride fast when you have the distracting views on every turn. 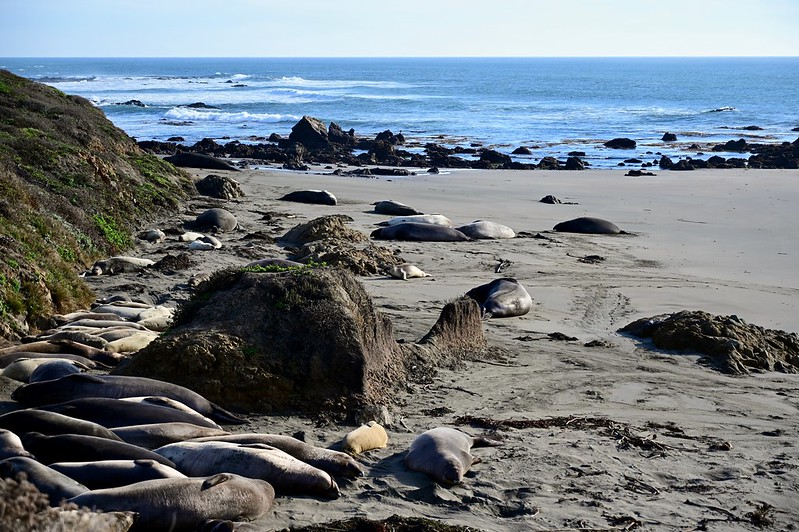 After that, we headed a bit more inland, taking a detour towards Avila Beach where Prefumo and See Canyon Roads provided more amazing views as the sun was turning a deeper shade of gold. By the time the sun set, we were barely out of Pismo Beach, quite a way out of our planned stop in San Diego. The temperatures dropped considerably, so we decided to stop for dinner in Santa Barbara. Hearty Thai food proved to be just what we needed, and upon leaving the restaurant we decided that we had enough energy for another detour – to Mulholland Drive. 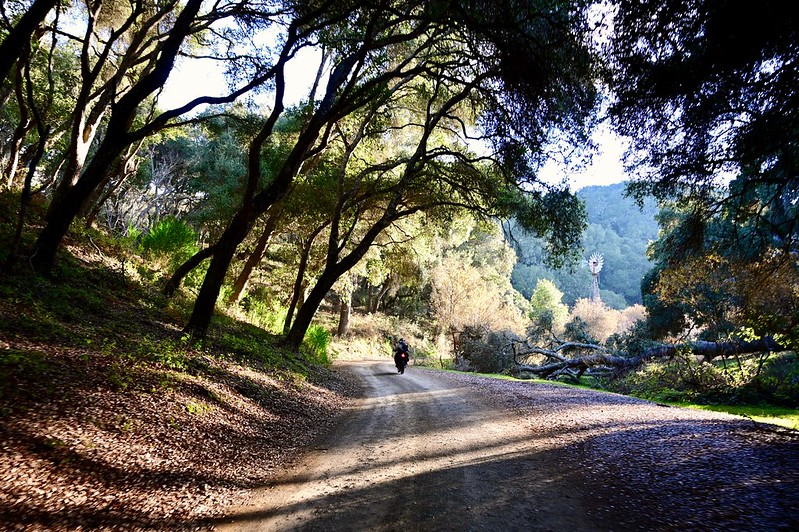 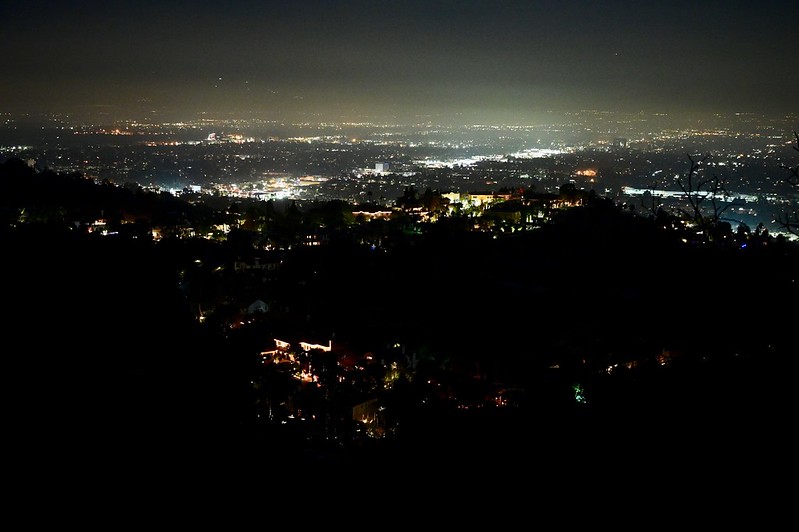 It was 11:30 pm when we got to our hotel in San Diego, and by that time we were dead tired. Alex had a mechanical issue with his heated grips not working. He had to ride all the way from Los Angeles to San Diego with no heat. We looked at it briefly in the parking lot, I noted a broken turn signal wire, and we just headed off to sleep. Tomorrow we enter Mexico, and we wouldn’t need heated grips there, right? 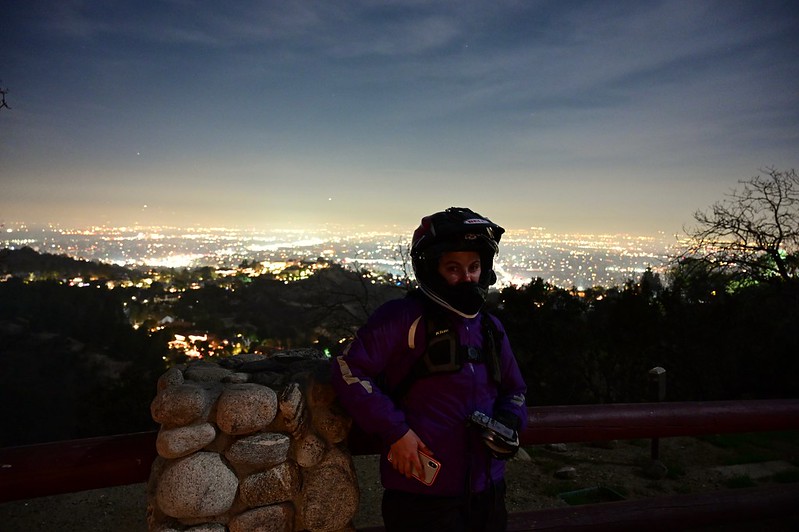