Posada Concepción is a place to be lazy. Not exactly sit-on-the-couch kind of lazy, but rather, long breakfasts, short hikes, and looking into the turquoise bay kind of lazy. 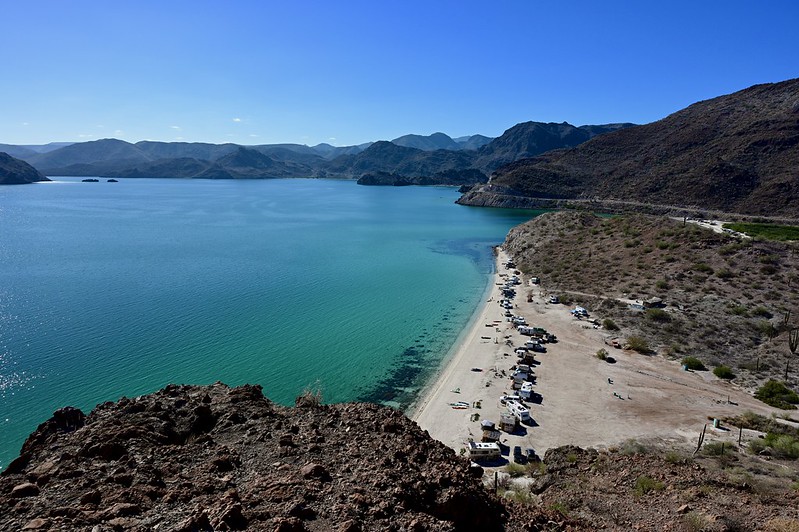 After climbing up a hill, you get treated to views of the bay and Playa Escondida, filled with campers from the colder parts of USA and Canada 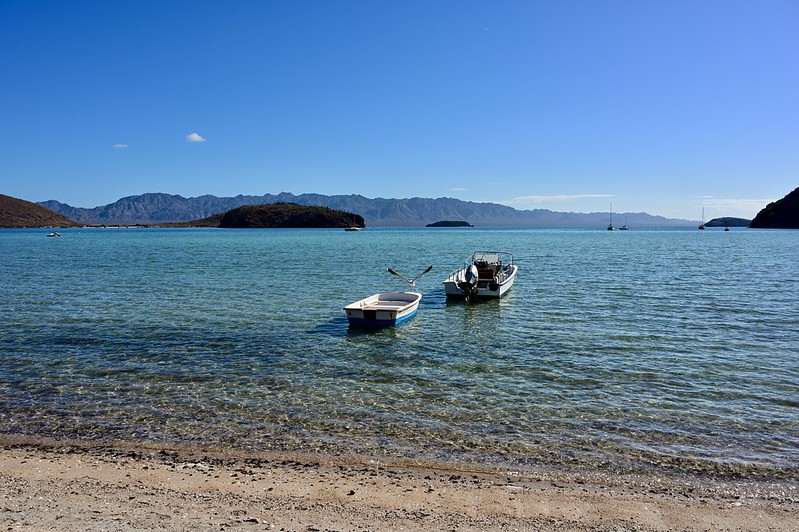 The quiet bay in Posada Concepción 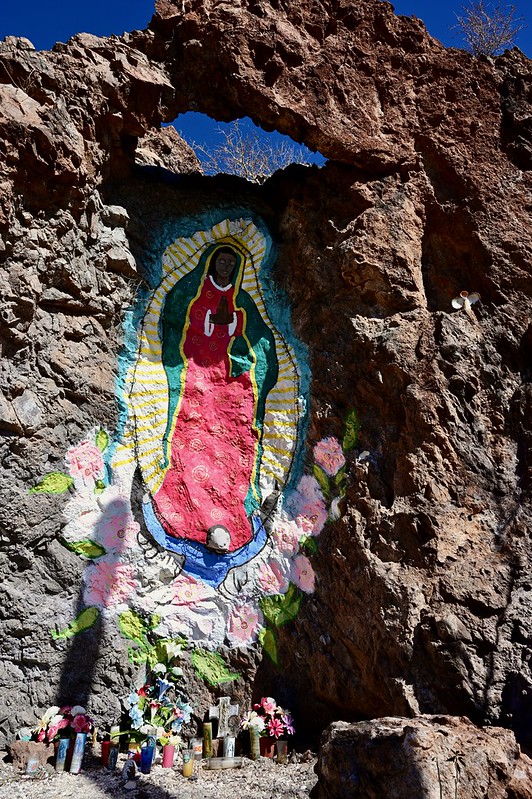 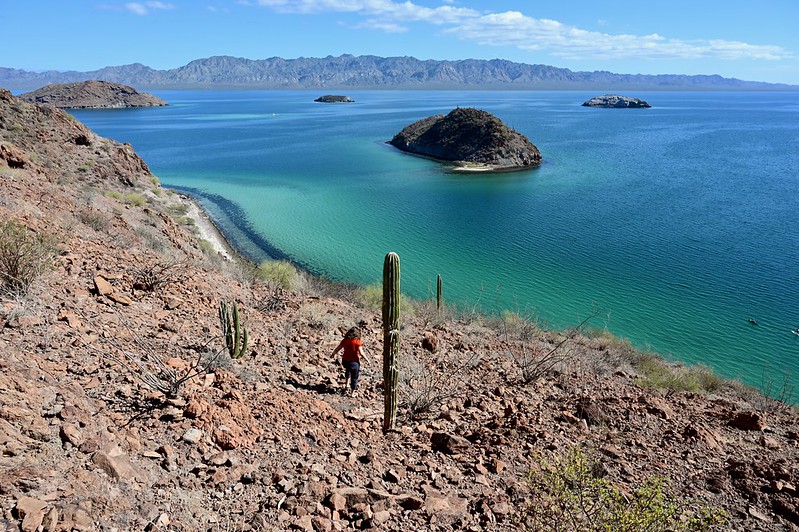 Attempting to scramble down towards a secluded beach. I gave it up as the rocks were too loose and I didn’t feel like dealing with a rock slide.

After a few hours of that, we figured it was the right time to fix the electrical gremlins haunting Alex’s bike. Our initial estimate was for 30 minutes, but it ended up being a couple of hours. Since watching other people work is entertaining, our struggles attracted some attention from a fellow who was eager to share his war stories of riding a BMW in a previous life. I was trying to relate, while at the same time fiddling with a suspicious section of wiring. He eventually left, and we eventually fixed the problem by removing that suspicious section of wiring. 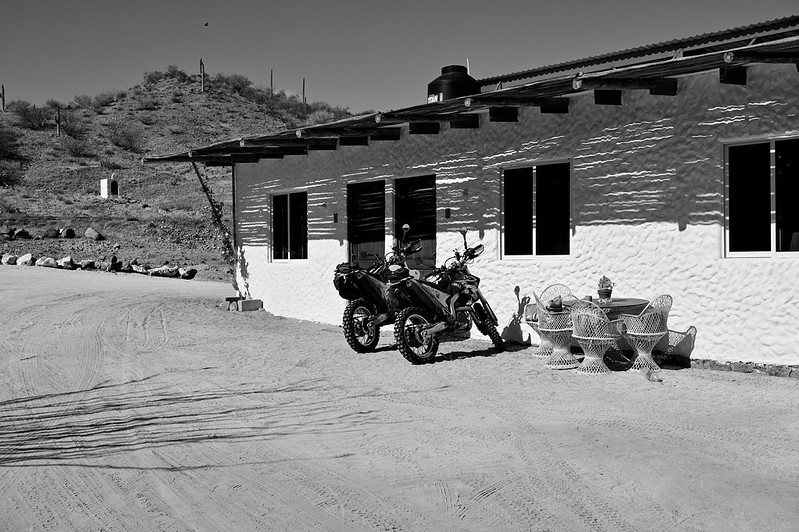 Our bikes taking a break in the sun.

It was time for lunch, and the restaurant in Posada had lost its star chef Lucy, so we had no choice but to head out to Mulegé. It gets really rough out there in Mexico looking for food. People are not obsessed with work and our first two choices (based on Google reviews) were closed for the holidays. As in, they are closed completely for a week and will see you sometime in January, maybe.

Disappointed and concerned, we stood on the side of the road, staring into our phones, meantime Alex’s Ontario license plate was working overtime, attracting the attention of a couple from Saskatchewan. Upon hearing of our troubles, they suggested a tiny panadería a short distance away. The food was indeed good, although the portions were absolutely gigantic. We chatted with them for a bit, swapping local tips, and then headed out towards the lighthouse to fly the drone before it got too dark (it gets dark so damn early in December). 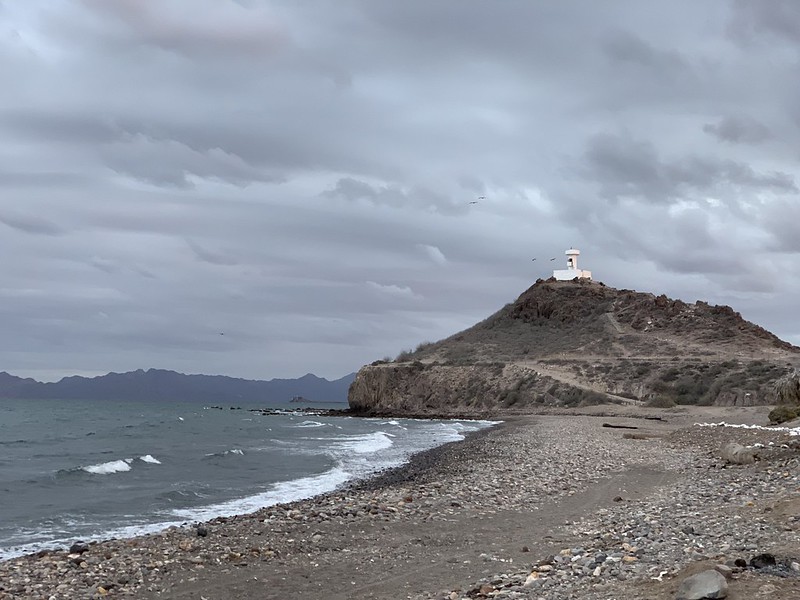 The lighthouse of Mulegé

Before we got the drone out, Alex got swamped by a few local kids who had tons of questions about his bike. As he tried his best to answer, their attention shifted to the drone. They were amazed that you could control the drone and see through its lens realtime. Looking at my screen, they were pointing out where their houses were, and at one point we all got collectively scared when it almost flew into the lighthouse. 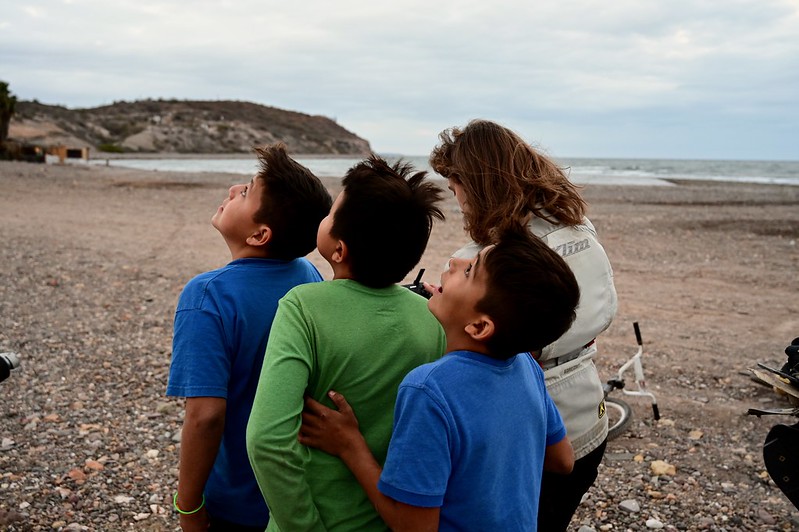 The local kids getting excited about the drone 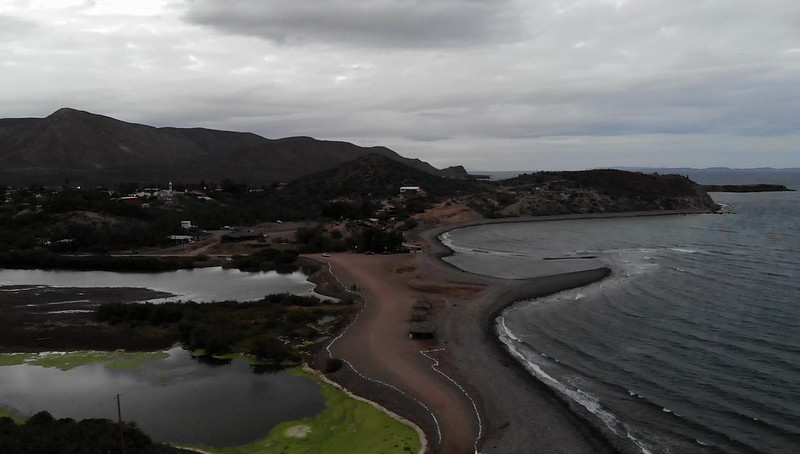 The beach in Mulegé 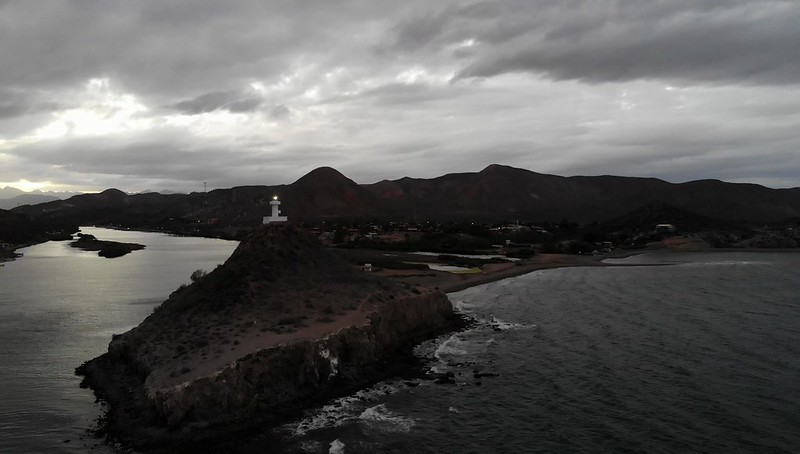 The river delta as seen from the sea. 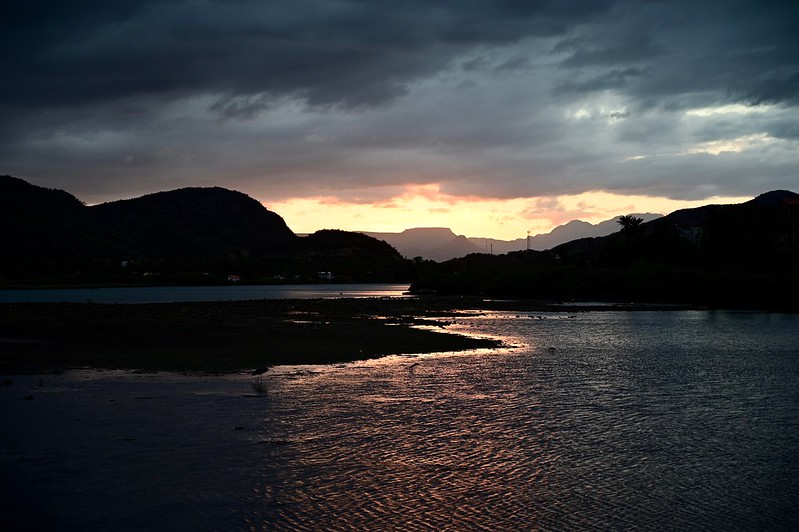 Soon enough the drone had to land, and everyone had to get going as it was rapidly getting dark. We stopped at a gas station outside of town and noticed some familiar shapes – Matt and Anna were also refuelling here on their way back north. Today is the day for socializing.

After getting back to Posada, we decided to enjoy the famous hot springs near the beach. Soaking in hot water with the light breeze coming from the bay was the perfect way to finish the lazy day. 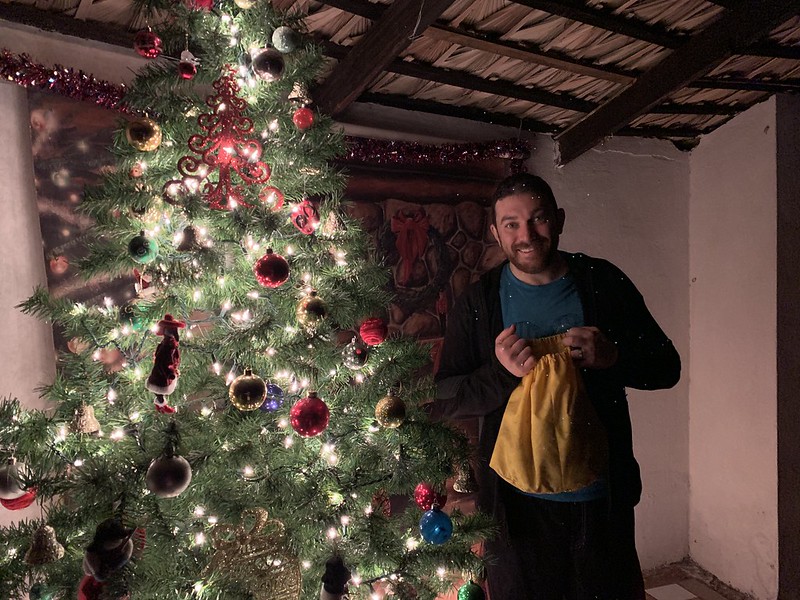 A real live Christmas tree in the common area of the community.