It’s not that Port Angeles was not a nice city, but for some reason that morning we wanted to get out of it and just ride. The scenery changed from the windy open waters along the Strait of Juan de Fuca to the serene shores of a mountain lake Crescent. 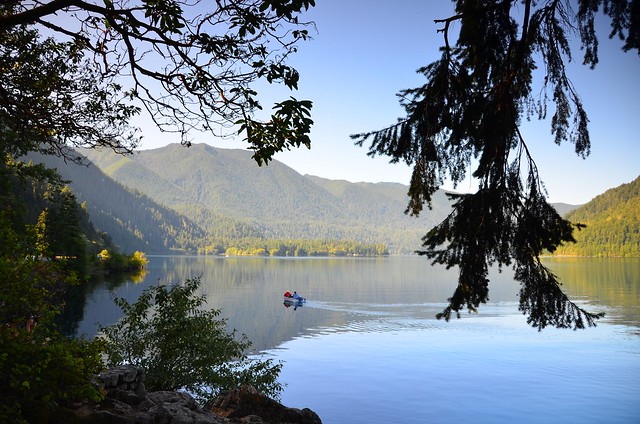 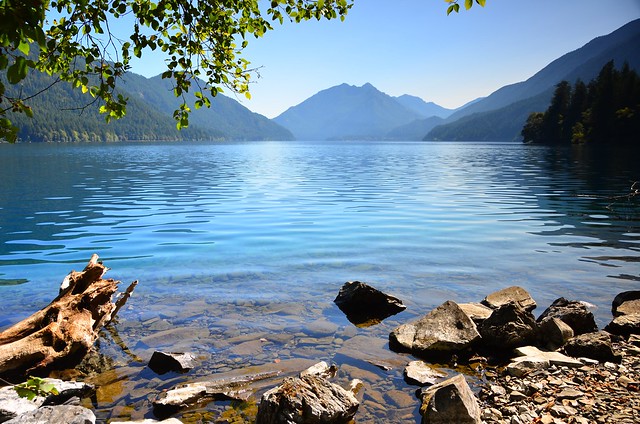 Breaking up the faint sound of the waves was the roar of the logging trucks. There were quite a few of them navigating the twisty highway 101. Most of the time all you could see around was dense green forest, but every once in a while there was a bald patch where the logging operations left nothing behind. I’m not quite sure if clearcutting is quite as bad as it looks, but it looks quite ugly. 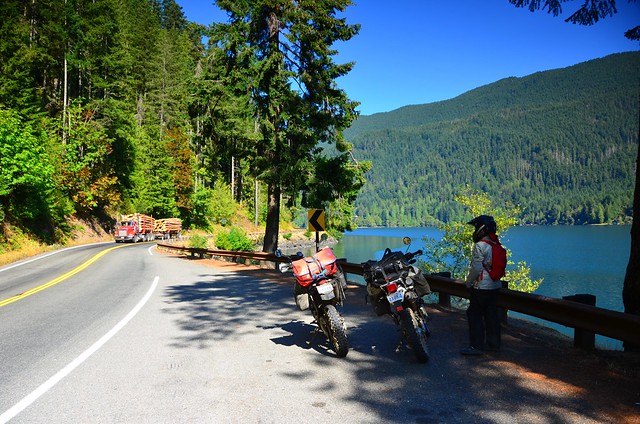 We rode for almost two hours and realized that something was amiss: we didn’t have breakfast yet! Thankfully, in the middle of the wooded nowhere, right on the highway sprung up a place called, very appropriately, Hungry Bear Cafe. To this day I’m convinced they serve the best pancakes I’ve ever tried. 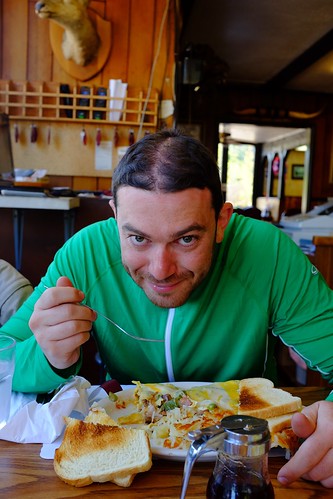 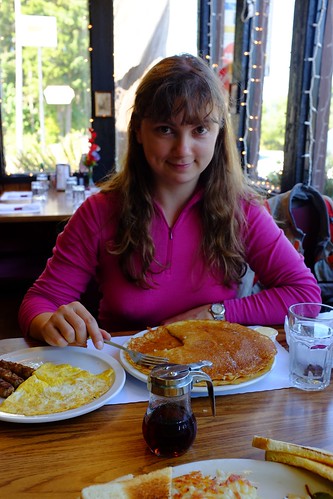 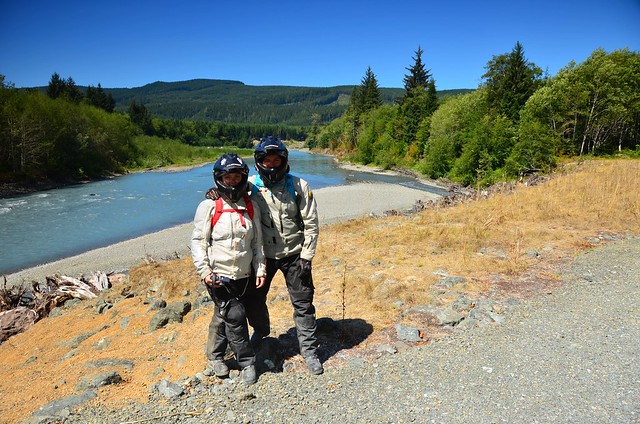 Met a group of cyclists relaxing on the shore of the Hoh river. They graciously took a photo 😉

We kept going along the main route around the peninsula and eventually ended up right by the Pacific ocean. In the dense forest surrounding the beach, odd looking trees grew – sitka spruce with burls. They make a curious backdrop to a short hike that takes one from the road to the beach. The ocean this far north is rather cold and best enjoyed at a slight distance. Powerful waves keep crashing at the shore, picking up lots of mist and clearing the sand of any irregularities for miles and miles. The air was cold, the sun was sharp, and the ocean – endless. I was contemplating taking my boots off and dipping my toes into the Pacific, but decided to wait for a warmer opportunity. 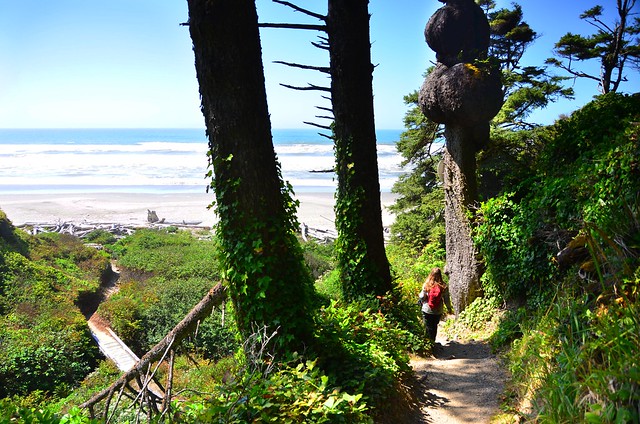 Check out the burl in the top right!

Our breakfast at Hungry Bear Cafe was so thorough, we didn’t even feel like having lunch. The next time we stopped for food was at the end of the day when we finally crossed into Oregon and found a cute Mexican restaurant. Even the Pacific Northwest easily beats Ontario in terms of availability of Mexican food. I’m sure it gets better and better as one moves further south. 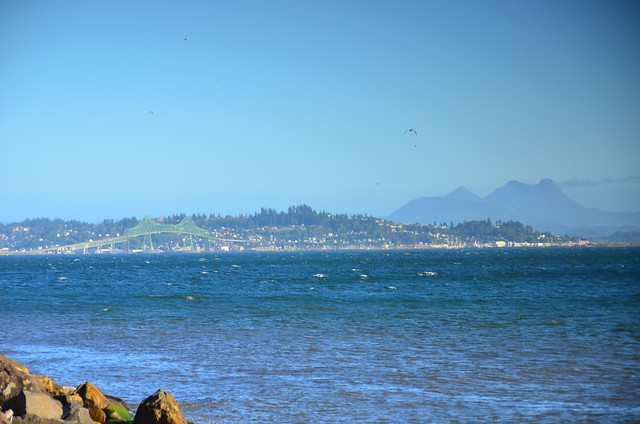 The bridge connecting Washington to Oregon

motorcyclethe western american adventuretravelusa
Hiking in the Olympic National Park
Riding on the beach, and other Oregon adventures