The Warm Welcome to California

I woke up with an unexplainable fear in my mind. Half awake, I could faintly make out rapid banging sounds which grew louder as my consciousness took firmer grip on my surroundings. It was cold enough that I could see my own breath. Bang! Bang! Bang! I felt butterflies in my stomach as my first guess for the nature of the noise was gunfire. Suddenly, I was not sure if I should continue breathing or play dead. In a few moments I realized that it was actually someone chopping wood. At 6 am. Is this something these people do for fun? After playing Christian rock (2-3 songs tops, on repeat) until about 4 am…

It’s not that this place was getting on my nerves, it’s more like it got there so deeply and permanently, we have both silently agreed that we’d rather sleep by the side of the road than have the privilege of experiencing this side of America again. No more RV camps for me.

I waited just long enough for my brain to fully start up, after which we packed up in record time, topped up the oil again and were out of there. 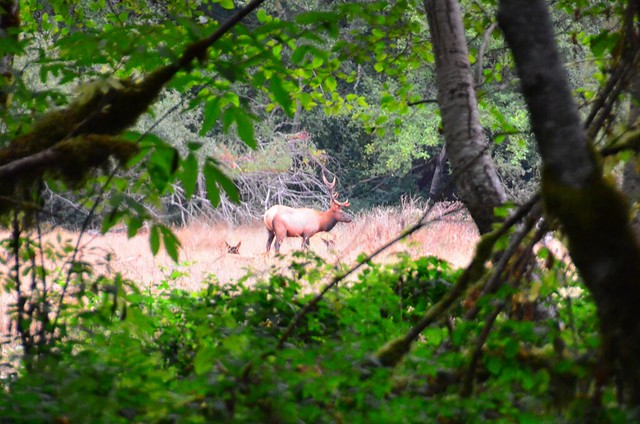 A herd of elk along a California highway

Out on the road we started seeing tour buses! One stopped right on the side of hwy 101 (there wasn’t much of a side to it), and everyone poured out to indulge in some wildlife viewing. There was a small herd of elk relaxing in a clearing.

The real fun started as we came to the coast and were riding the Mattole Rd along the Pacific. It was empty, quiet, a little overcast, and overall breathtaking. The road was full of sweeping curves, occasionally going up into nearby hills, and then descending to the coast again. It was bliss. We didn’t want to stop. 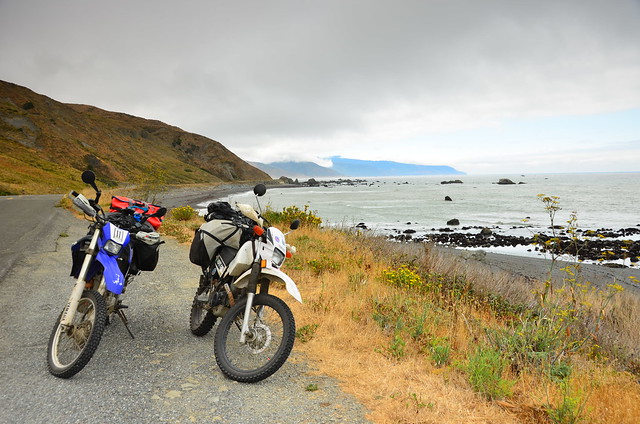 Magical calm of the coast 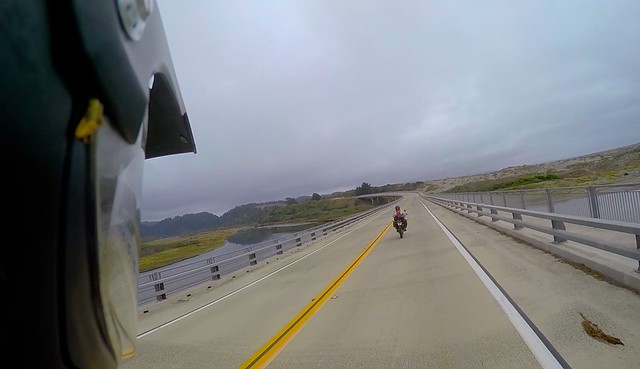 Riding across bridges through the rugged coast 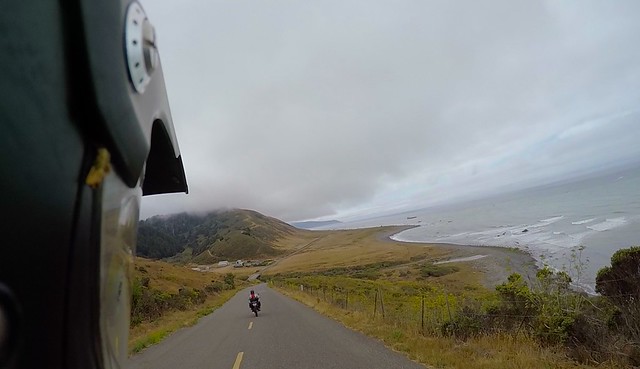 The road led up and down, inland and back to the views of the water

The hills were fairly steep and full of hairpin turns 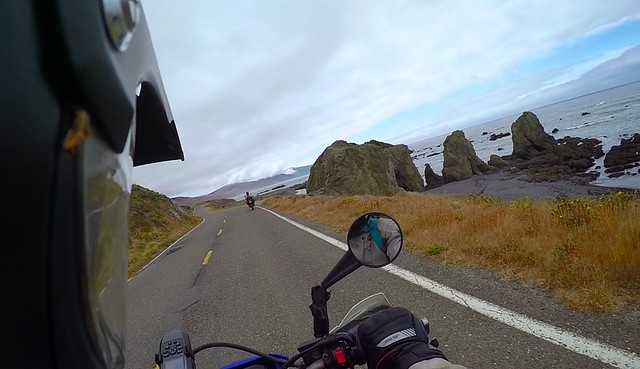 More twisty roads came up as we went through the woods on hwy 1, a road lined with small villages and a never ending supply of ancient trees and fun turns. Some of those trees were big enough for someone to live in. 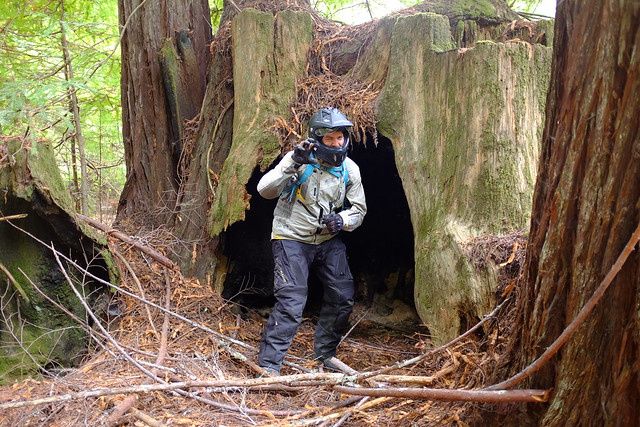 A vicious creature came out of the woods! 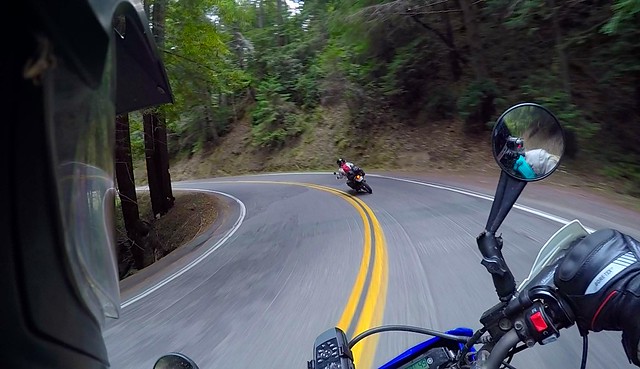 Taking the twisty roads through the redwood forest 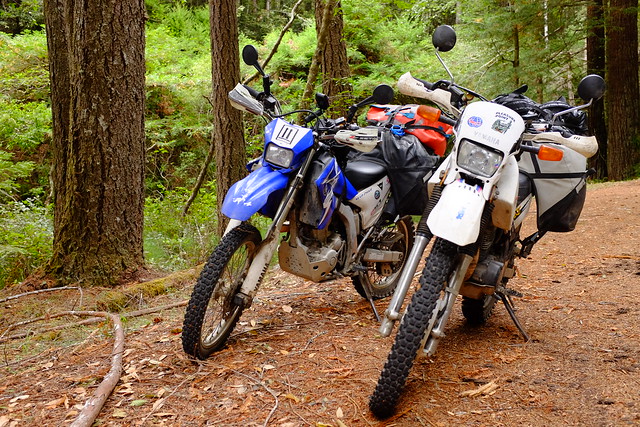 Standing by for a photo op. Check the wear on those tires: it’s almost non-existent! 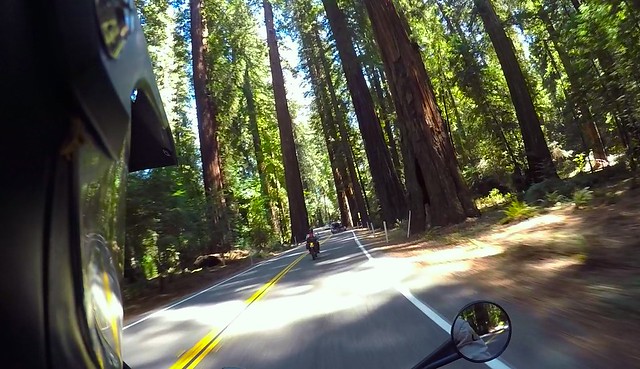 We stopped for lunch in Fort Bragg and mapped out the rest of the day’s riding: route 128 looked like a promising ride, and it delivered. The vineyards of the area looked beautiful in the setting sun. 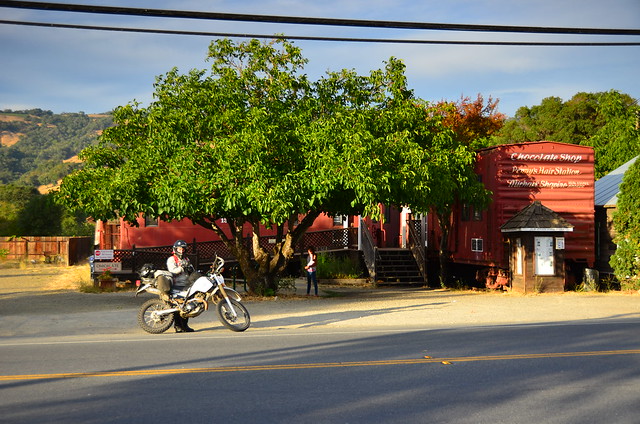 Anyone for a chocolate from a caboose?

As it got darker, we had to move to the boring, straight and fast freeway 101 – which led us right to the SF Bay Area. It was curious to notice that the traffic was not moving much faster than the speed limit. In Ontario, sometimes the traffic would go 30-40 km/h over the posted limit of 100 km/h, but here the limit was 65 mph (which is 105 km/h) and people would not go over 70 mph. Either way, unless there was a traffic jam and we got an opportunity to split lanes, everyone was going faster than me. Squeezing 65 mph out of my XT was hard enough without trying for 70. I had a feeling that I used to be able to go faster than this, but for whatever reason, it just didn’t go. I blamed it on the uphills and the ocean breeze.

Once we got to the metropolitan area, things became a lot more entertaining again. Riding in the cities at night is one of my favourite things, and here with the added stress of trying to make sure we cross the correct set of bridges – it was really fun. We met our hosts, Nicole and Ben and spent the next few hours talking about all sorts of things: bikes, travel, life, universe and everything.

The following morning, armed with Nicole’s handwritten info sheet of transportation options and some highlights we headed out aiming for the ferry to cross the bay and get to San Francisco. Having spent the last 5 days riding on and on, it felt good to go out on foot and see everything at an even slower pace.

I was estimating that the ferry was about 20 minutes from where we started, and 30 minutes in, the port nowhere to be found, I started to worry. After triple checking the map and our heading on the GPS, I realized that we were going in the exact opposite direction. A top notch navigator, I am not.

Instead of a ferry we found a nice place to have breakfast and took Uber to the city. The driver was ecstatic when he found out we’re from Toronto. Apparently he was a big baseball fan, and apparently, Toronto Blue Jays were having a heck of a season. Who would have known? 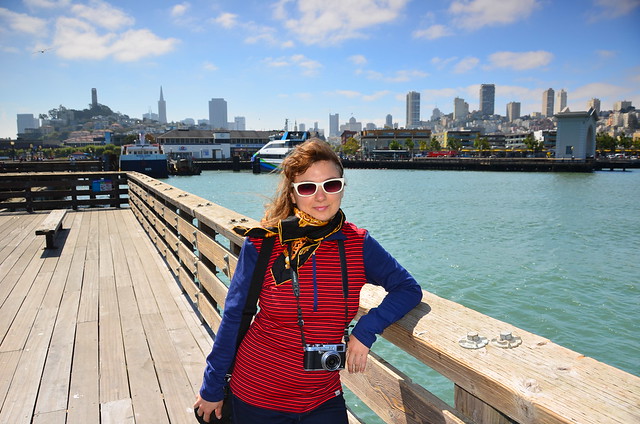 Chilling against the San Francisco skyline

We started off our day in San Francisco with a long walk around the Fisherman’s Wharf. It looked like everyone had the same idea and the place was very busy. It was difficult, but not impossible to find a spot not overrun by tourists. 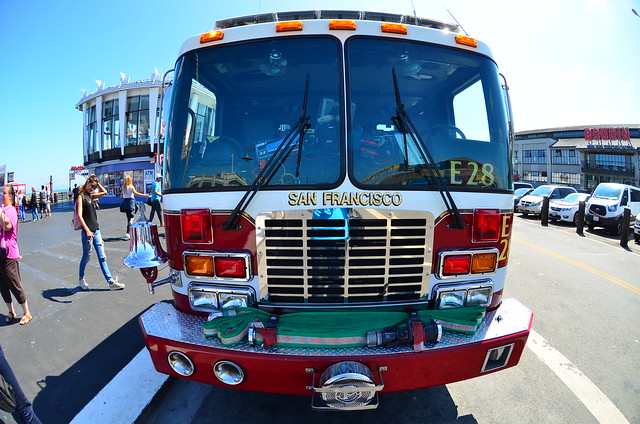 This fire truck was standing there solely for the purpose of being a photo prop. It looked a bit like a huge shiny candy. 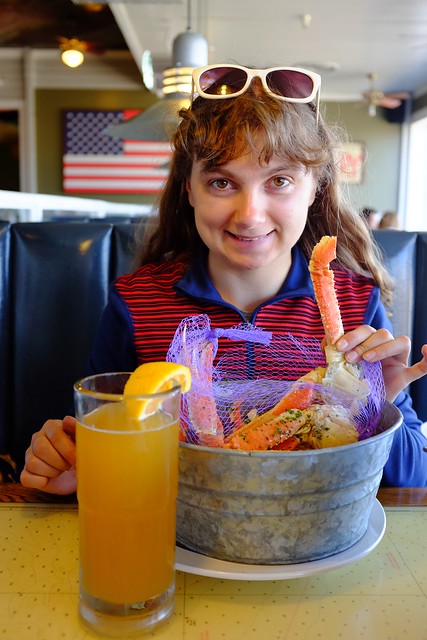 Alex was on the lookout for engine oil and chain lube as his bike was due for an oil change. Tired of walking we hopped on a bus and headed in the direction of some motorcycle shops. Being a fancy oil and lube connoisseur, he was not impressed with most of the offerings, and we kept going to more and more shops in search of the ultimate chain lube (which we did not find anyway). We did get to see some less touristy parts of the city, with a bit more dog poop on the streets than I prefer, and I spotted a particularly cute Tiger in one of the shops: 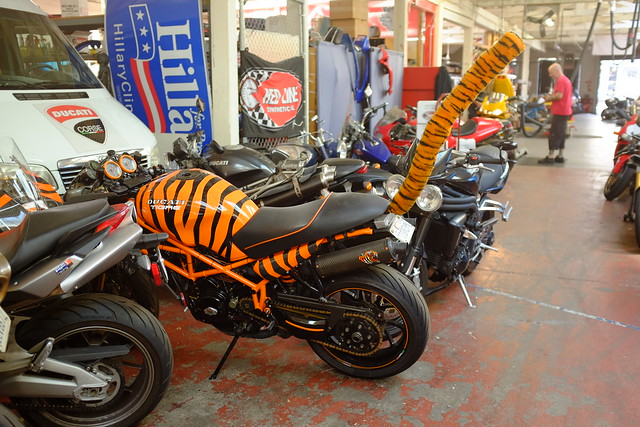 Having had enough of the bike shops, we hopped on another bus and went across the city to Presidio park. The long bus ride felt like a bit of a sightseeing tour, not just of places but people too. A pregnant woman sitting across from me was on her phone conducting a job interview for a solar panel salesperson. The noisy public space did not seem to bother her at all. This city is all about multitasking!

The neighbourhood we ended up in was a stone’s throw away from the Golden Gate bridge, but by now it was late in the afternoon and we have been walking for so long, we decided to skip the obligatory walk across the bridge and just look at it from the distance. The vantage point provided us with great views of the city and the Alcatraz Island, while being surprisingly empty. As we walked around the quiet residential streets we heard a strange noise and noticed a swarm of green parrots in the nearby trees. Parrots in the city? I thought only sparrows were allowed to do that. 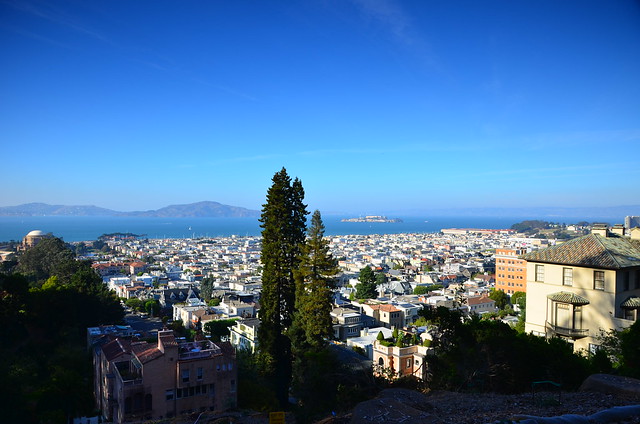 To finish off the day we got ourselves invited for dinner with Nicole and Ben, who apparently have an amazing Indian restaurant a 5 minute walk away from their place. Of course, the conversations lasted well into the night, a luxury so easily taken for granted when you don’t have to wake up early the next morning. If everything goes according to our loose plans, it will be a while before we end up in a big city again. 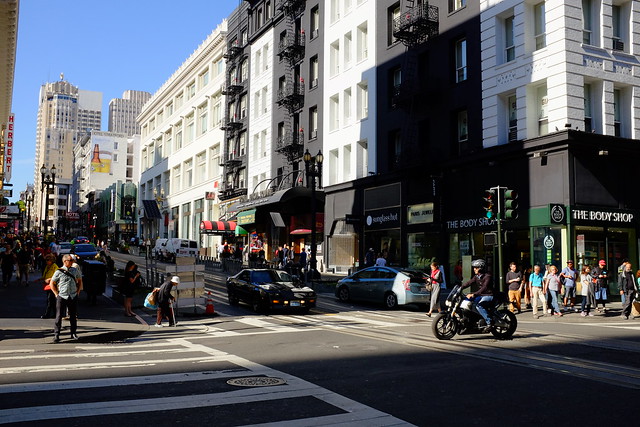 Exhibit A: streets of a big city