On our last full day on São Miguel, we decided to finally spend some time in the capital – Ponta Delgada. Dropped off our scooters in the morning and ventured out on foot. With no specific spot in mind, we decided to start with a cup of galão and go from there. 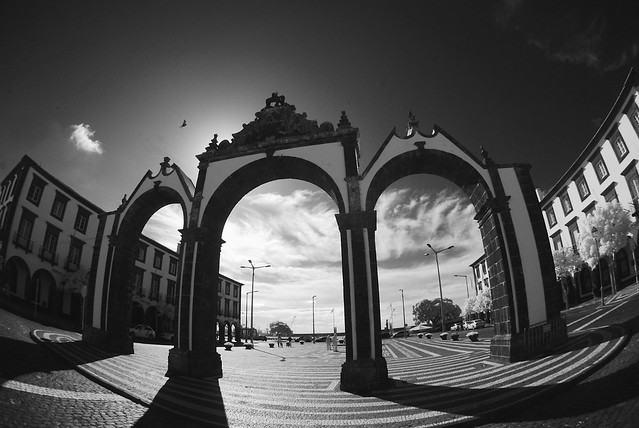 We enjoyed the main square and the gates in the morning light, slowly circled around the small street and made our way back towards the sea. It was a lazy Sunday morning, and the city was only just waking up. 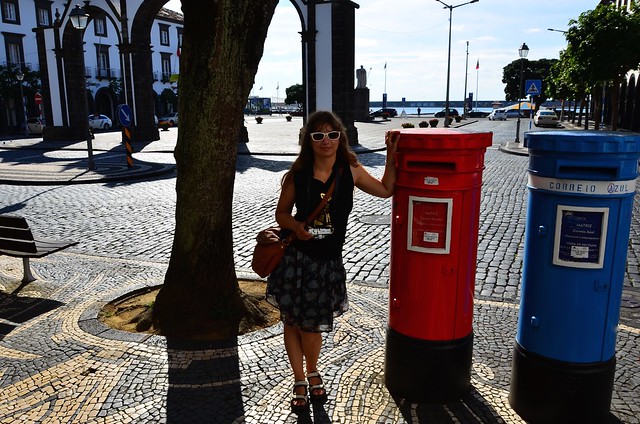 Checking out the mail boxes in the main square 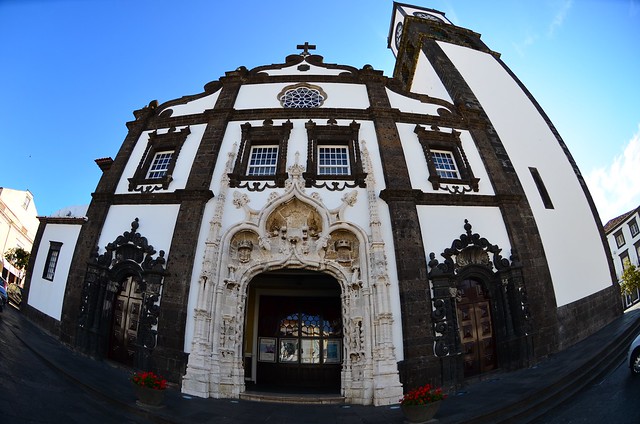 The church in the main square of Ponta Delgada

On the wharf, we noted the long line of drawings on the ground, left by the various boats that docked here recently. With the amount of traffic the area receives, I doubt the markings stay for more than a couple of years. 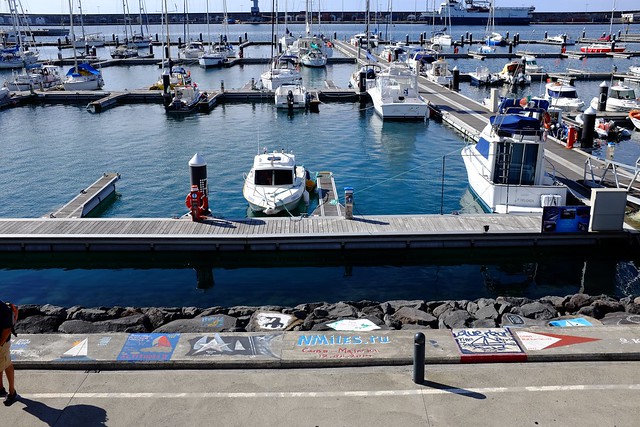 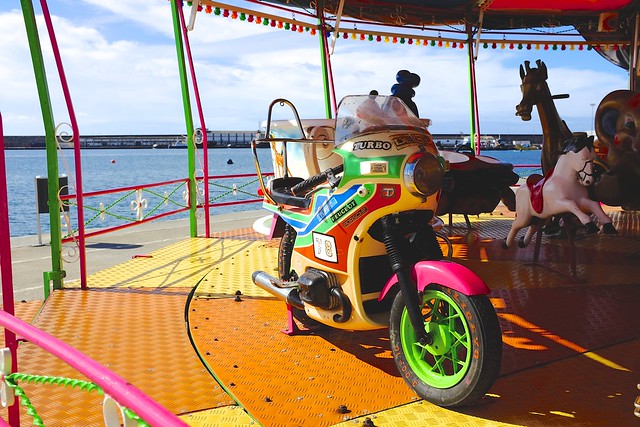 A carousel by the sea

As much as it was a pleasure just doing nothing near the sea, as noon approached the sun was getting stronger and more aggressive. We found the perfect escape in Forte de São Brás – an old fort that now serves as a military museum and has great vantage points to see the city. Originally built to protect Ponta Delgada from pirates and privateers in the 16th century, most of the museum pieces were from the 20th. Everything from vintage vehicles, to weapons and communication equipment, gathered in the fort’s open air courtyard and the damp labyrinth of its cave-like interior. 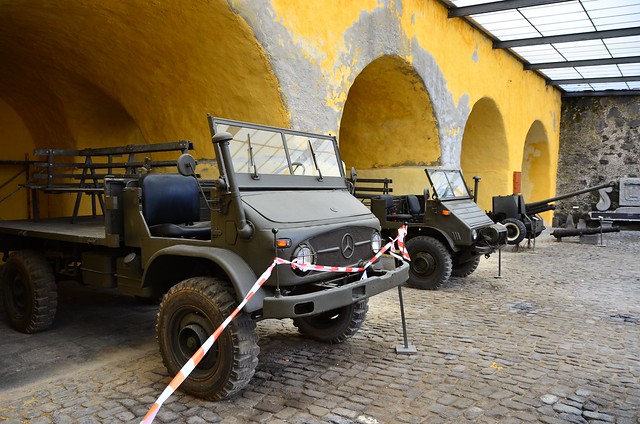 Courtyard of the fort with its military vehicles 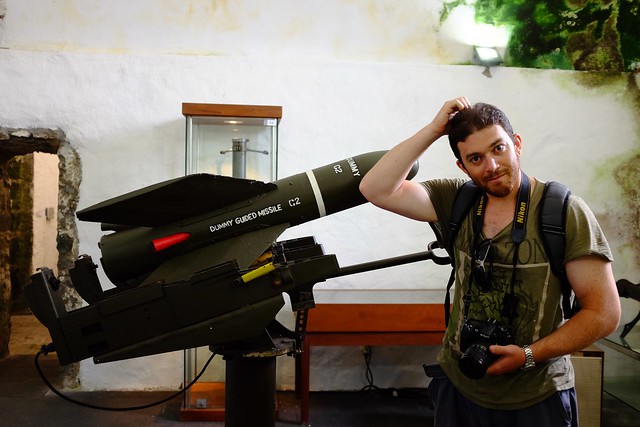 Some missiles are smarter than others 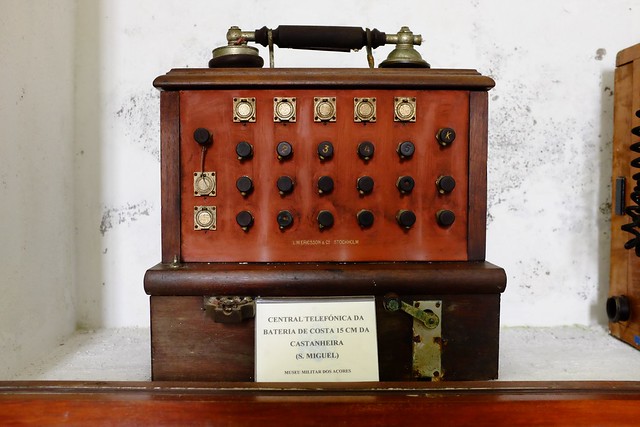 Wha-wha-what did you say, huh? You’re breakin’ up on me 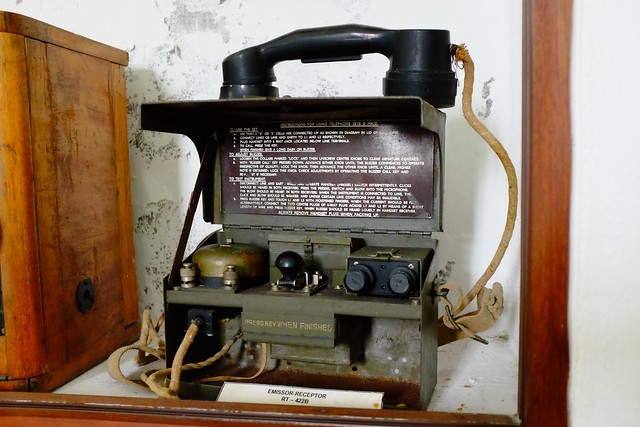 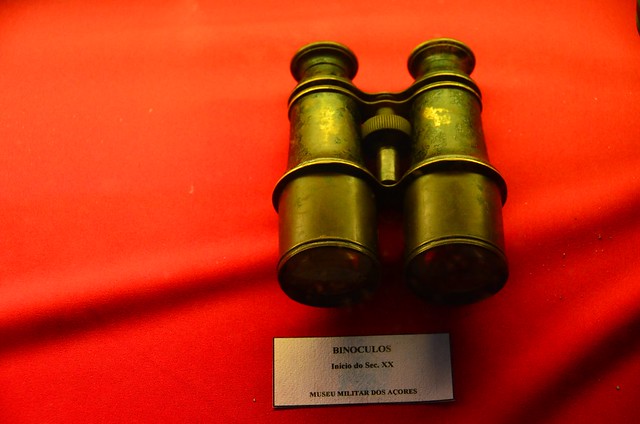 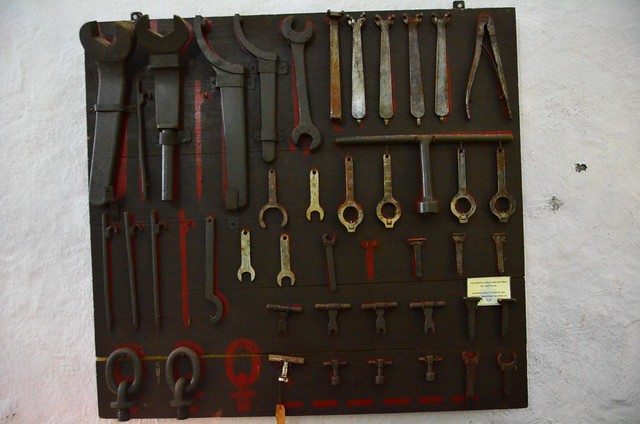 Where are the guards looking, who stole the missing tools? 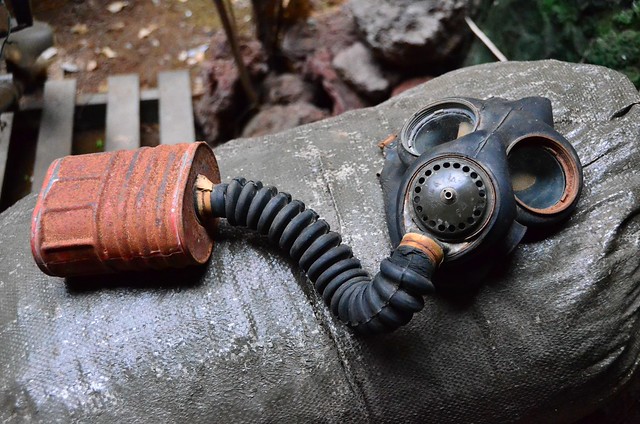 The whole place is stuffed with military paraphernalia. Just the gas masks number in dozens! 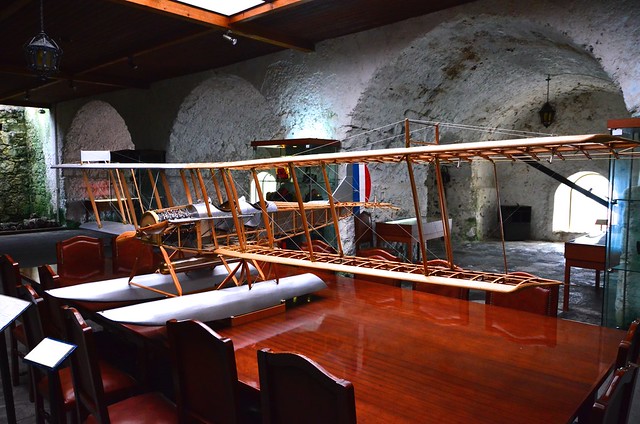 A meeting room with a model airplane 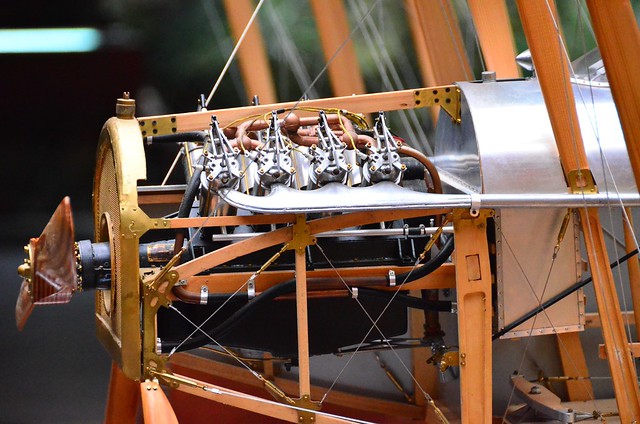 Detail of the model airplane 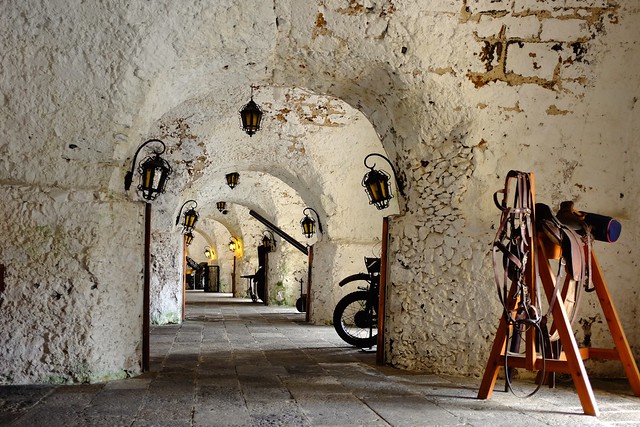 Hallway attached to the meeting room 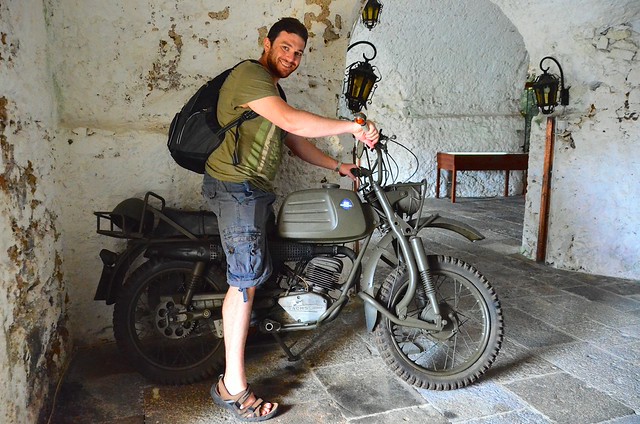 Couldn’t pass up the opportunity…

Like any good museum, this fort leaves you with a few more questions to take home than you anticipated. Being for the most part unfamiliar with Portuguese military past, I was curious about all the references to Guerra do Ultramar, the Overseas War. The short version of this is that while many European nations in the 20th century have been defined to a great extent by the two World Wars, Portugal was largely neutral in both of them. The wars the country was involved in occurred in Africa in 60s and 70s, and resulted in former Portuguese colonies turning into 5 independent states. The majority of the museum’s artifacts relate to that conflict.

Having seen enough of the gloomy old fort, we came back into the sunshine, where canons look out into the friendly ocean.

Panoramic view from the fort

It was getting close to lunch o’clock, but when we tried to get back into the city, the gates we entered through were locked! Turns out the guards were having lunch (huh!) and the procedures dictate locking the museum gates during that time. I suppose they want to prevent any more thefts of vintage tools.

Back in Ponta Delgada we stumbled upon a restaurant that served buffet lunch. It was attached to a hotel, nestled in a pretty green garden. Inside, a wedding reception was about to begin. Outside, it was mostly empty and peaceful (so we chose the outside, naturally). We spent close to two hours there, slowly sampling numerous delicious foods, ordering more galãos, and watching overdressed people come out for a smoke and a piece of tranquility. 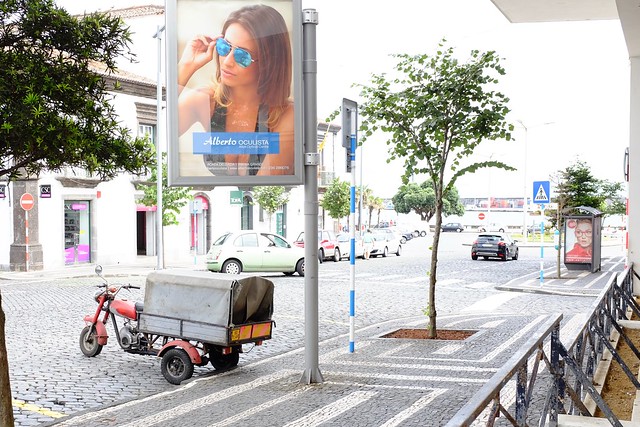 After lunch, we went back to the docks and watched a local jet-ski competition. It’s a little less exciting than one might expect – a series of races, with no back flips or jumps 😉 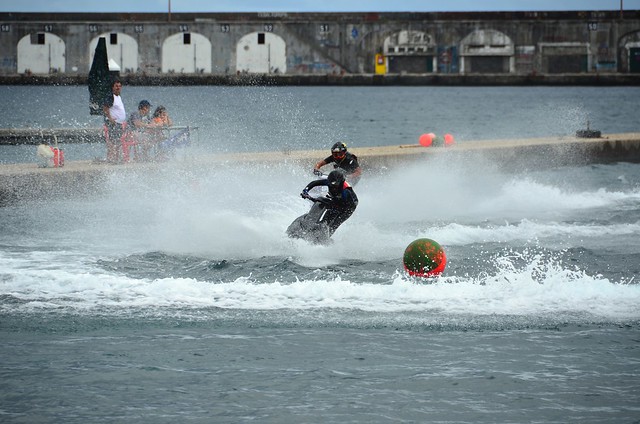 Heading further east along the shore, we admired the murals on the walls of buildings and wondered if it’s going to rain or not. 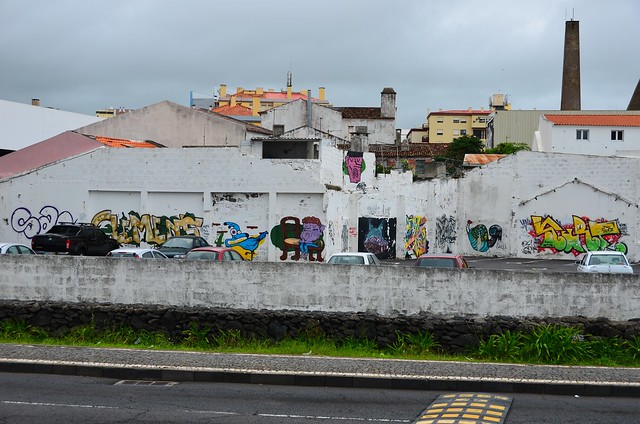 Graffiti by the seaside 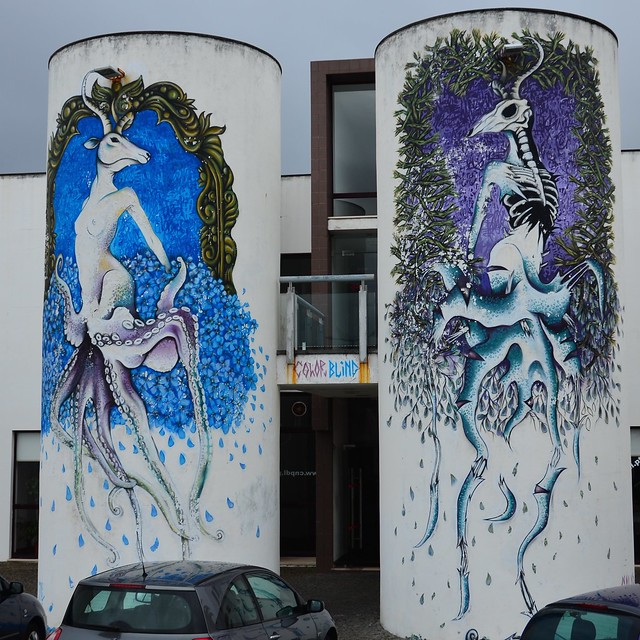 These two have been welcoming us to the city every time we were coming from our farm. I’ve grown quite fond them over the two weeks. 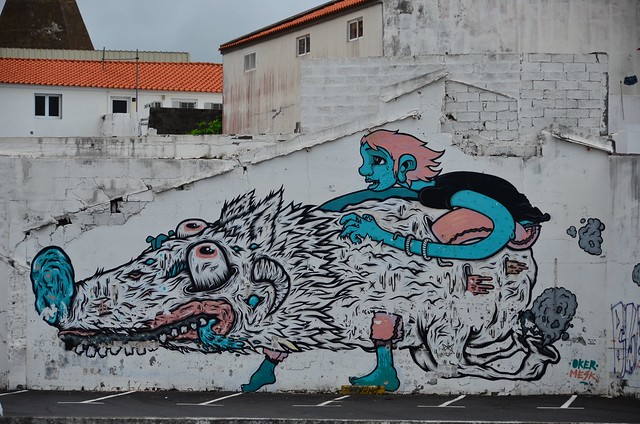 More magic than a unicorn 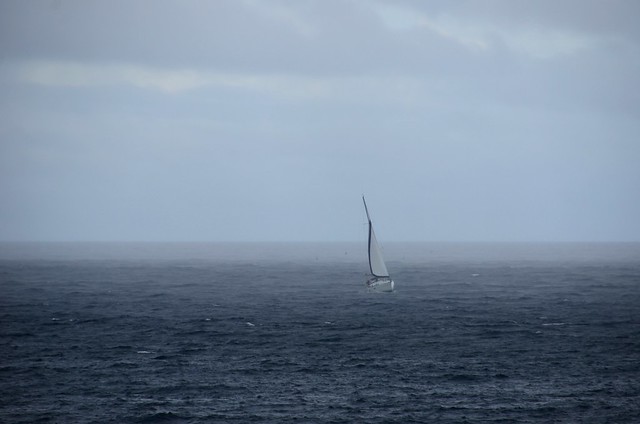 Stormy weather is coming from the ocean 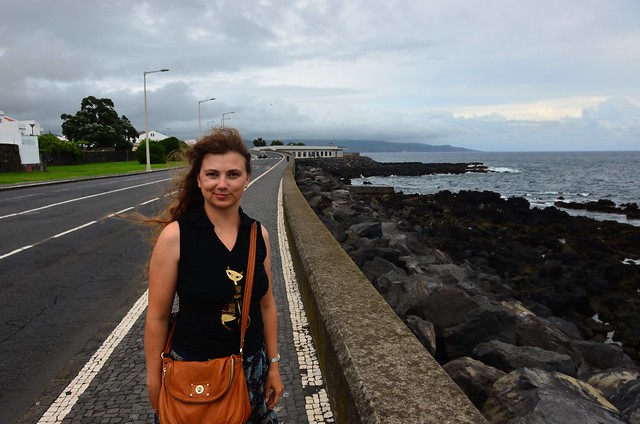 Yes, I think it’s going to rain right about now.

The rain came, wept, and left after a short while. There were barely any puddles to show for it. 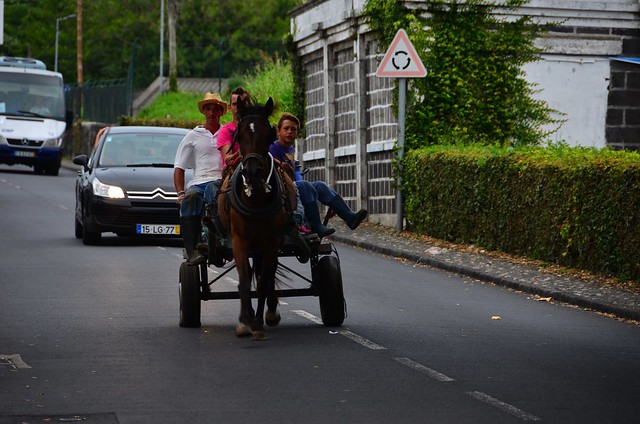 Turning away from the sea, we found ourselves in a residential area at the outskirts of the city. The neighbourhoods looked more neglected, and mostly empty. A spray painted sign on a wall declared “tourists are terrorist”, the mood was turning philosophical. After a long day of walking, we finally called up a taxi and got back to our farm in time for dinner.

It would rain all through the night, but for our last evening in São Miguel, the skies opened to a fiery sunset above the garden that was ours for the past two weeks. 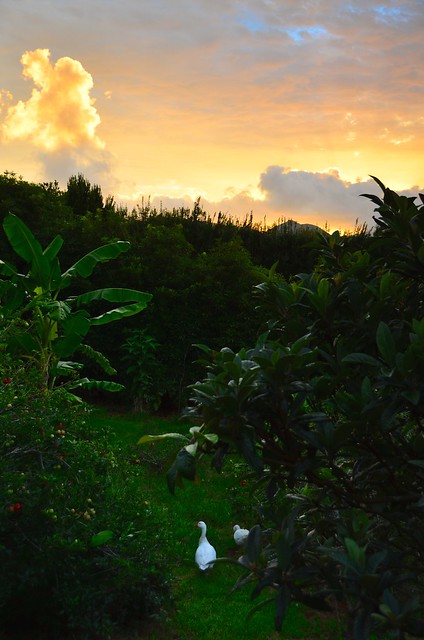 Sunset and the geese