Riding on the beach, and other Oregon adventures

A gloomy morning enveloped the Pacific shore. It was damp, grey and surprisingly busy on the beaches along the Oregon coast. The giant boulders rising from the sand and the powerful waves made the ocean feel distant, unassailable. Although quite a few people were walking along the sandy beach, no one dared come too close to the water. 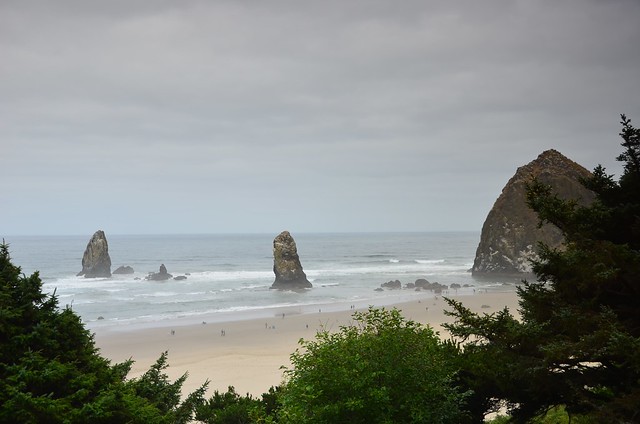 We kept riding south on the Pacific Coast Byway, watching town after town pass by. Logging trucks, fishermen, coffee shops, railroads. It was pretty cold for an August day. Eager to break the spell of a straight road we took a detour to Cape Meares, where we found another cold misty beach and finally, some roads that did not appear on the map. 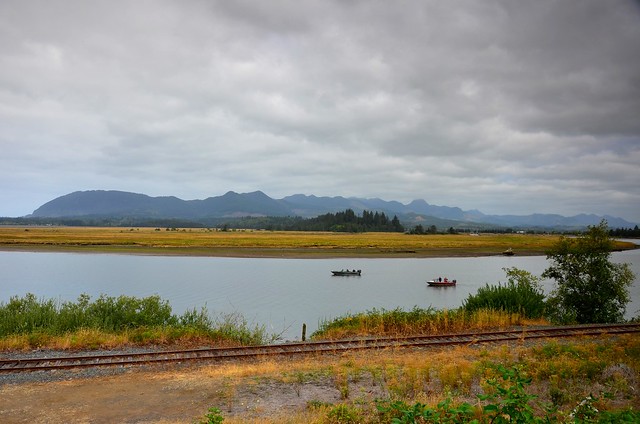 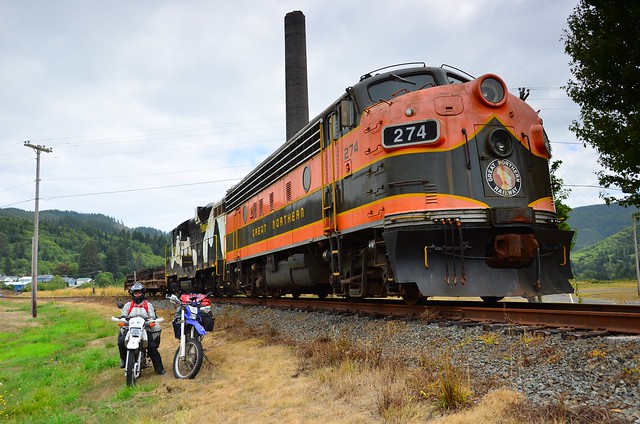 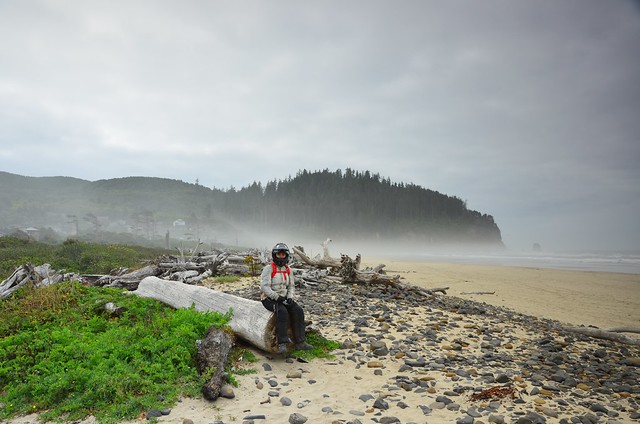 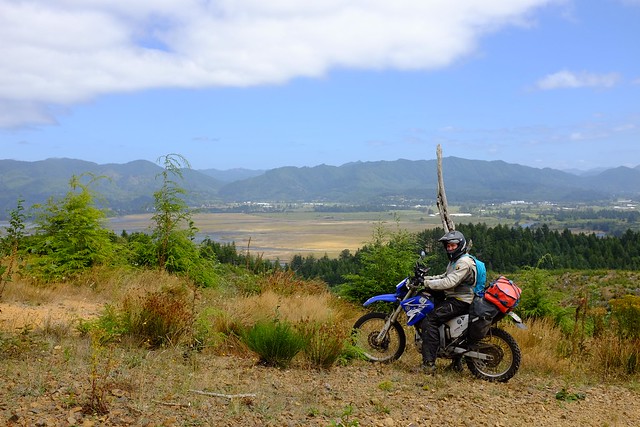 The logging roads were not too terrible on their own, but what really annoyed me was their tendency to come to a rapid dead end, with no sign or warning (although I am sure we would have ignored such warnings either way). Once at a point like that, you have to either go back the way you came, or attempt to ride through overgrown terrain. Alex would of course seriously consider riding through the overgrown terrain, and I would have to convince him that it’s not a good idea. Again and again. 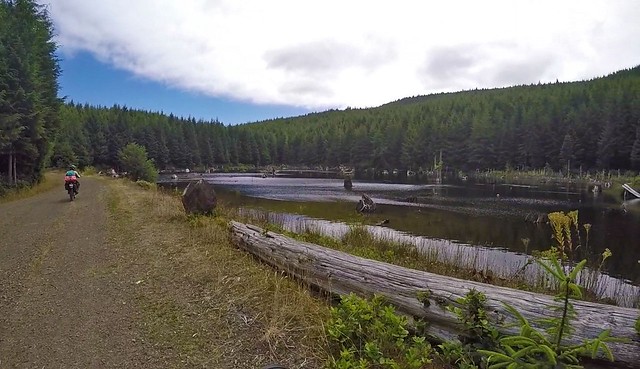 Logging road passing by a creek 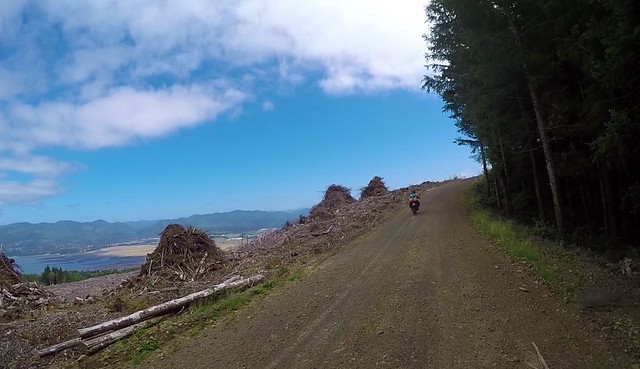 Logging road with views of the bay… and logging activity

One particular road we took was actually marked “Tsunami evacuation route” and judging by its overgrown condition, they did not have tsunamis in a while. It was going through a fairly dense forest, and after some time it deteriorated to a point where I was not quite up for tackling it with my loaded bike and limited experience. 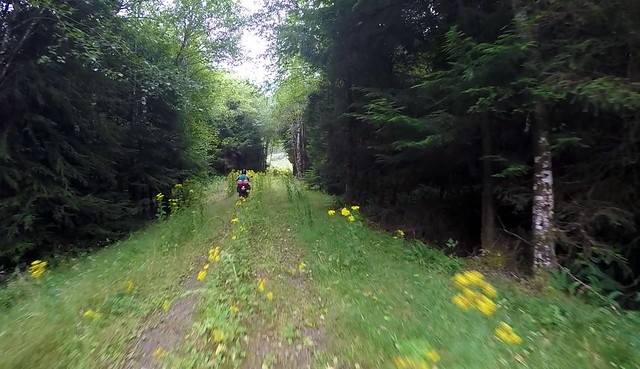 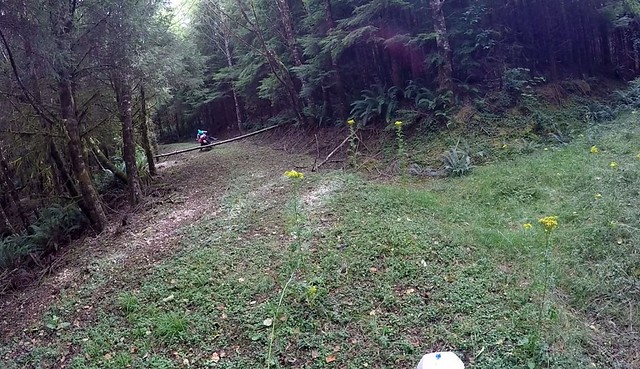 The road was blocked by a fallen tree. Which Alex jumped over. And then fell over. And then had to turn around because I did not feel like jumping trees with all the luggage. 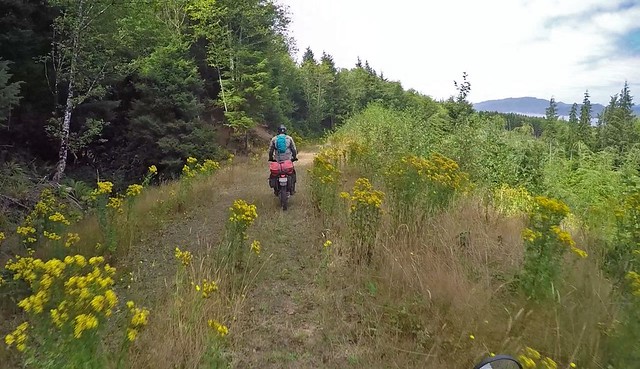 After making it back to the main coastal highway we were treated to something special: beach riding! Near Cape Kiwanda State Park we noticed that the beach entrance was positively motorist friendly – and lots of people with cars took advantage of that. And so off we went, trying to stay as quick and light as possible – although I did take a couple of spills in the soft sand. 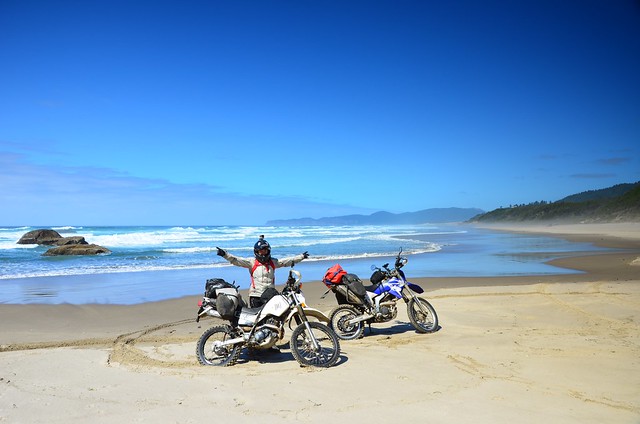 Riding on the sunny beach

Unlike the cold foggy weather of the morning, this time the sun came out and everything looked simply glorious. We rode the whole length of the beach back and forth and I must admit, there is something visceral about just ripping it down a beach on a motorbike. 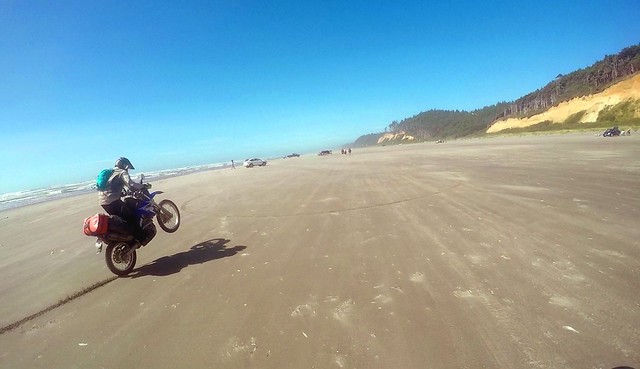 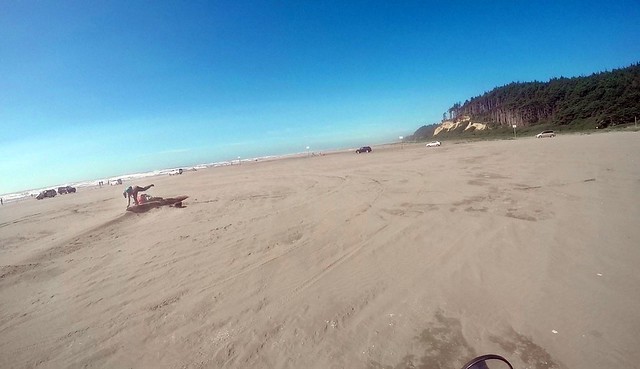 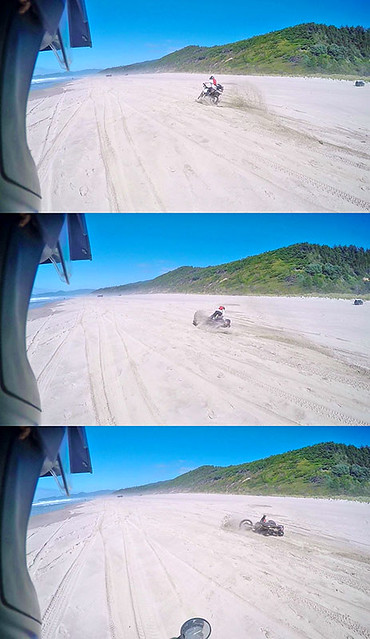 I am demonstrating sand riding techniques. Not shown: being pinned under the bike and repeating into the intercom “Help, help, help!” 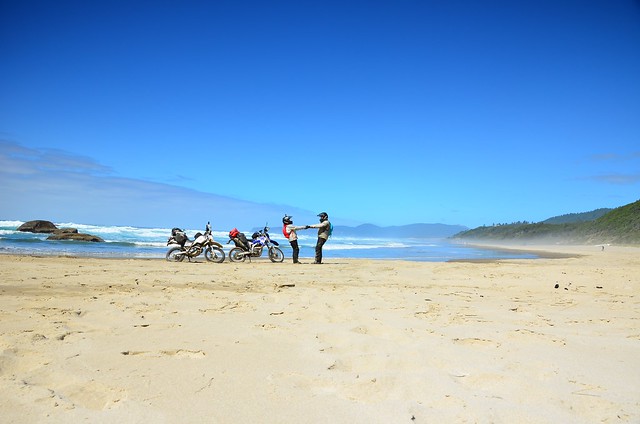 Further and further south the coast was filled with vacation spots – which meant lots of opportunities for lunch, if nothing else. By the end of the day we were firmly in the Oregon Dunes area, and the signs with offers to rent a dune buggy or go sand boarding were everywhere. 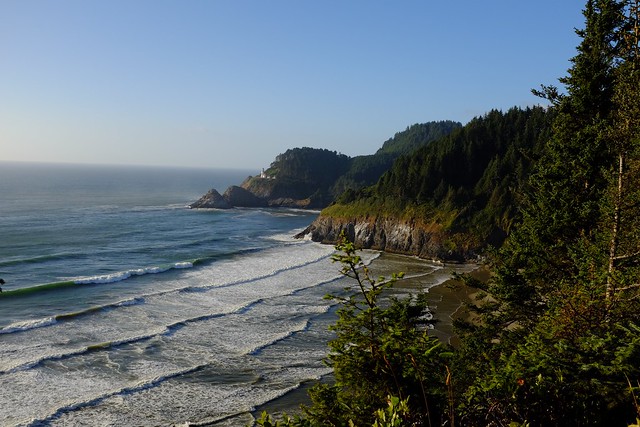 View towards a lighthouse 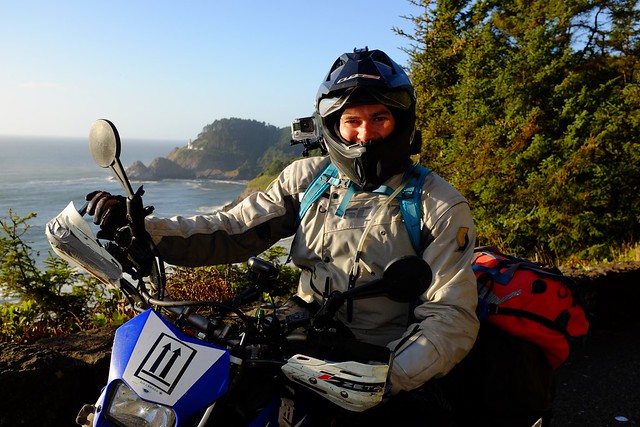 Sunset on the road 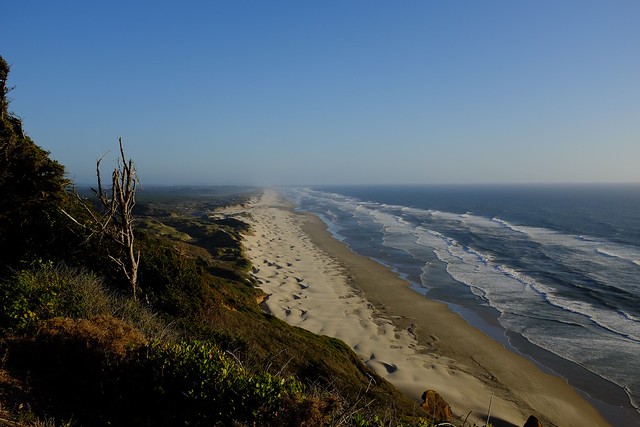 We found a pretty campsite in a lush forest of a state park, and went to sleep wondering if we should check out Crater Lake or just head straight south to California… 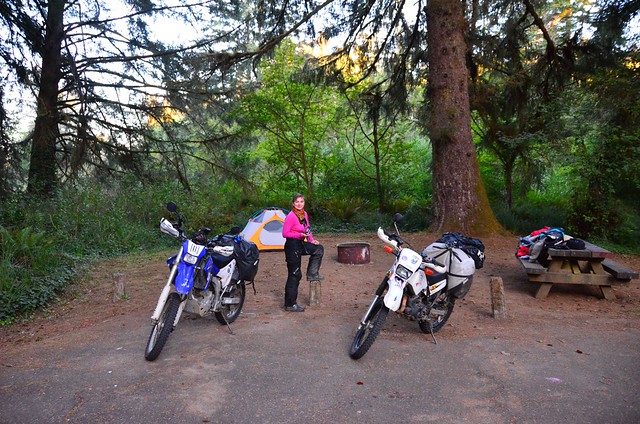