We woke up at 9 am, still feeling tired. Checked the bike, did not find anything else out of place, taped off the dangling wires, ate breakfast and headed off for Tijuana. The hardest part was getting the pesos out of an ATM. It took some convincing because in their vigilance the bank flagged the activity as fraud and refused to give me money. While Alex was getting the cash, I observed a family get into a taxi cab. A man sat in the front passenger seat, and a woman joined 5 young children (all between about 3 and 8 years of age) in the back seat. Good luck with that north of the border, where every one of these kids would have needed a child seat. That would get pricey very fast.

We took a short detour around the less touristy parts of Tijuana and then onto the scenic Mexican Highway 1. No signs of the caravan. Very disappointed. 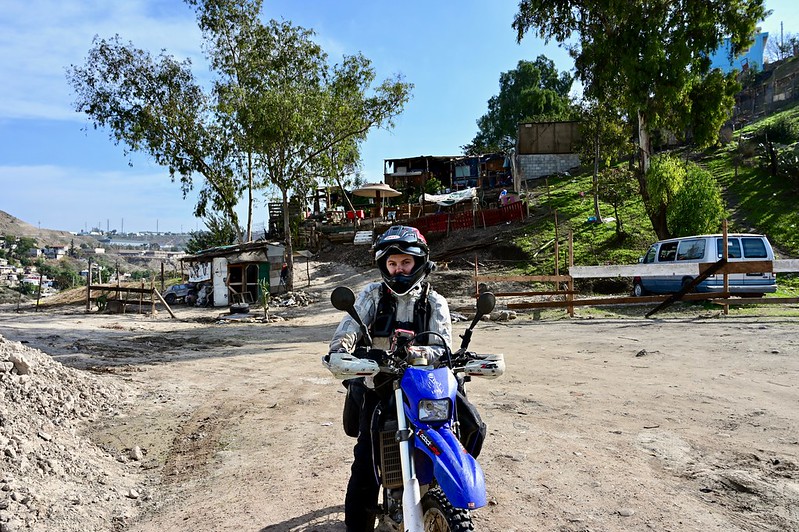 Back street in Tijuana 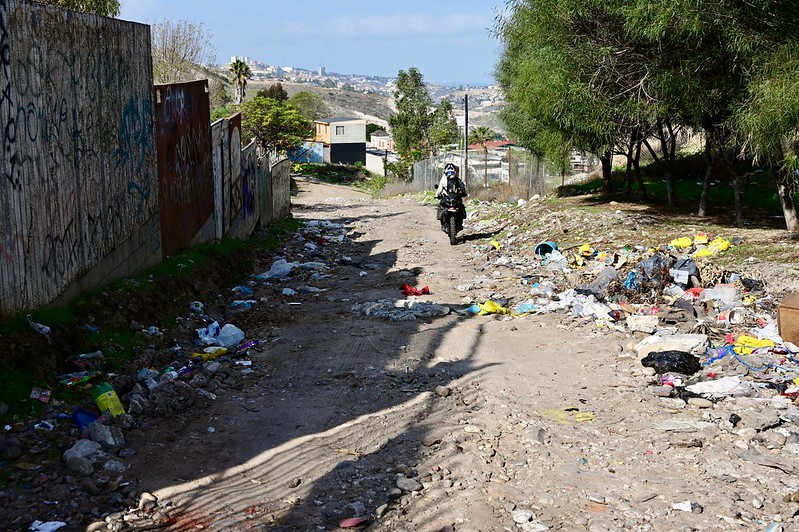 A back street in Tijuana made entirely out of trash. A little up the hill from here was a shiny new sign that said “No Tirar Basura” – “Don’t litter”. 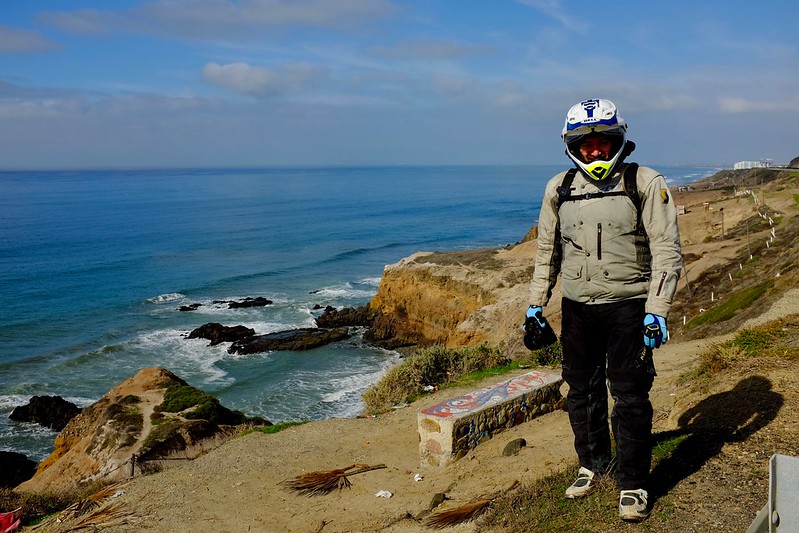 Cliffs over the Pacific coast.

Exploring a different country can be done with a fork as much as with a motorcycle, so I was going to explore what the town of Puerto Nuevo had to offer. Signature attraction: freshly caught lobsters. As we entered the town it was clear that it was very touristy, at least by Baja standards. Many cars had California plates, and the shopping stands were full of random souvenirs. At first Alex was negative about it, but just as we were about to leave, a man from a restaurant came up and started chatting us up. With our Spanish properly exercised, we figured why not, and headed inside. There we were presented with a menu, which curiously did not have any lobsters. Just as we were about to complain, a waiter came with a tray of lobsters, and informed us of the prices for each available specimen. A pleasant hour (or was it two?) later, we were ready to take on more of the road. 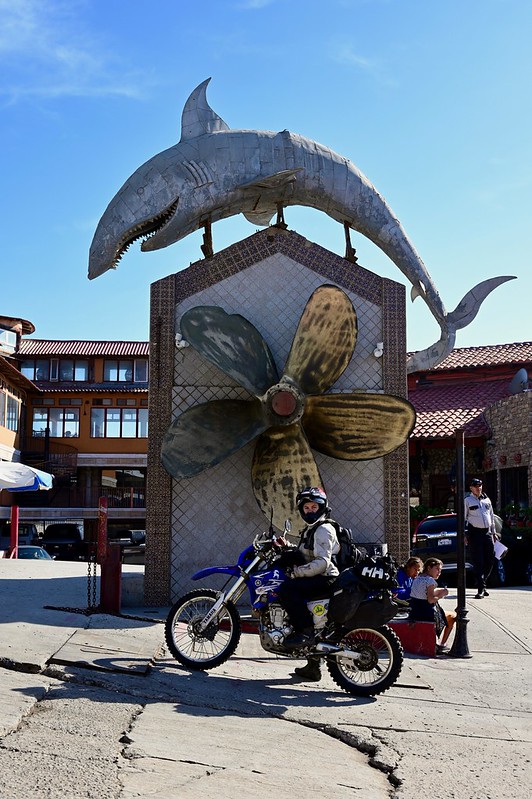 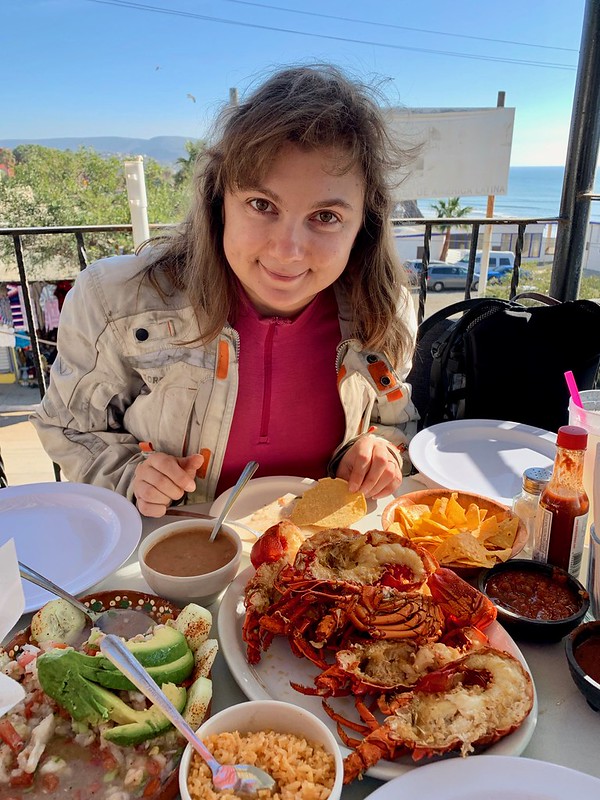 Puerto Nuevo is located fairly close to the border, between Tijuana and Enseñada. Since we were following the coastal route, we were passing through some of the busiest parts of Baja California. Enseñada in particular was extremely slow to get through. Lots of cars, trucks, pedestrians, stop signs and traffic lights – what looked like a short stretch on a map, ended up taking almost an hour to pass. But it was full of curious characters. One man was working in his yard while wearing a cheery red Santa hat. 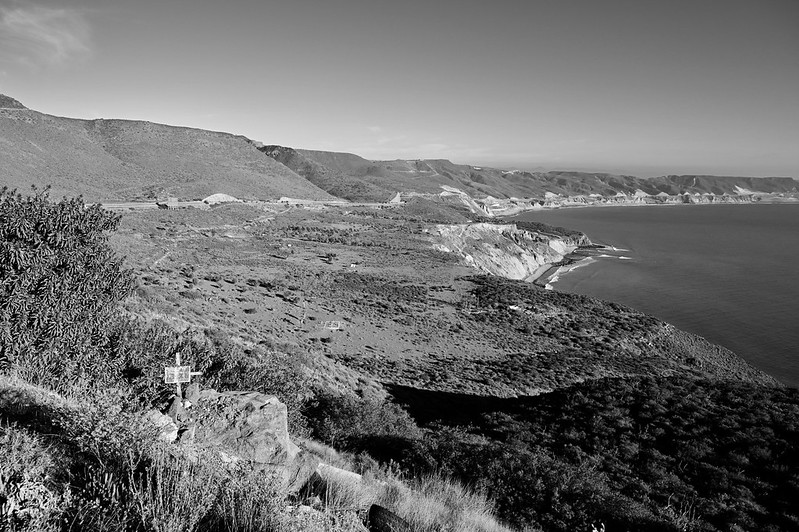 The sun was setting and we were finally out of the urban area and in the beautiful farmlands and vineyards of Valle de Santo Tomás. Not quite as well known as Napa Valley and Sonama in Northern California, this area has fertile soil and favourable climate – all it needs is good PR and in time it could become just as popular – and just as expensive (so go now!). In the town of Santo Tomás we turned off onto an unpaved road, Rancho Embarcadero. This is actually the same road where we first ventured off road in Baja during our first visit here. I was a lot more intimidated then. Now, the concern was only for the quickly decreasing temperatures. There was a convenient spot close to the road with plenty of space for a tent, and gorgeous views of the valley below us. We quickly set up camp and climbed in to warm up. 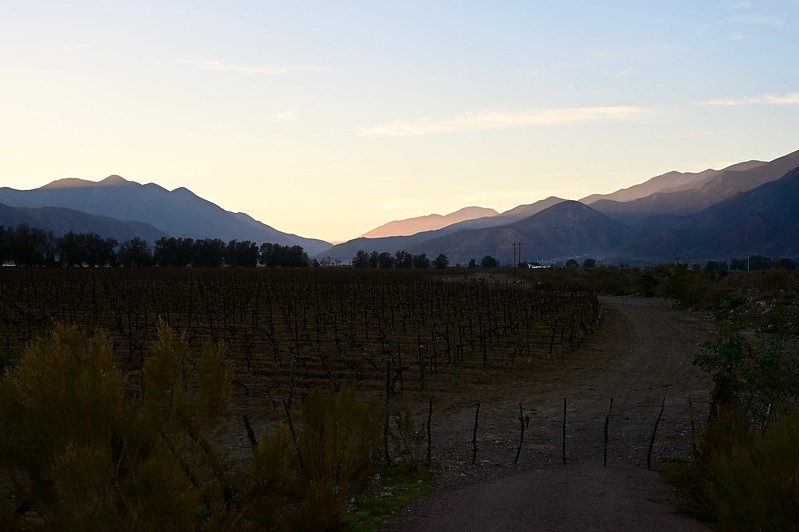 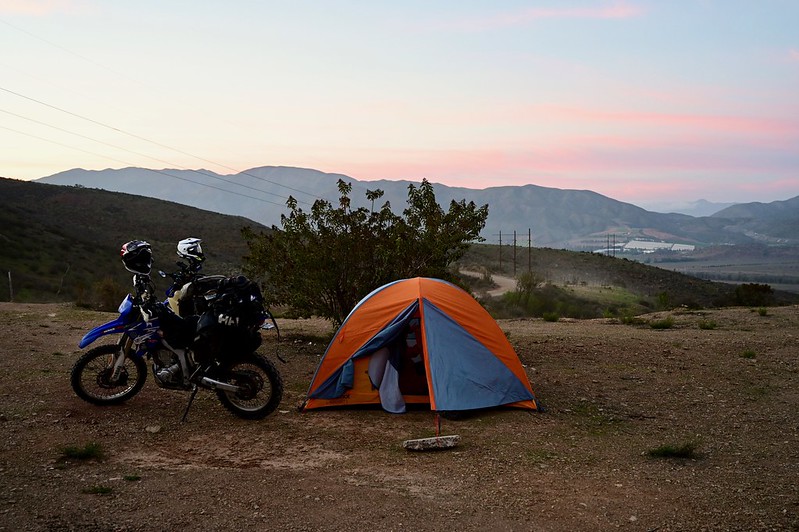 A space for my tent. 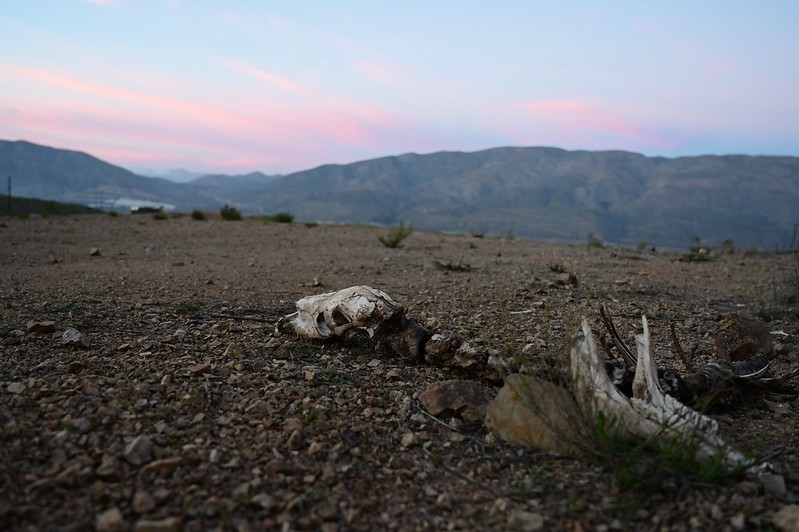 This would almost be the end of the day, but at 10 pm or so, we woke and and took a look outside. The moon was out, and it seemed a warm cloud descended onto us and covered everything in mist. It was pleasantly warm and humid, we enjoyed it for a while, and went back to sleep, dreaming of soft clouds. 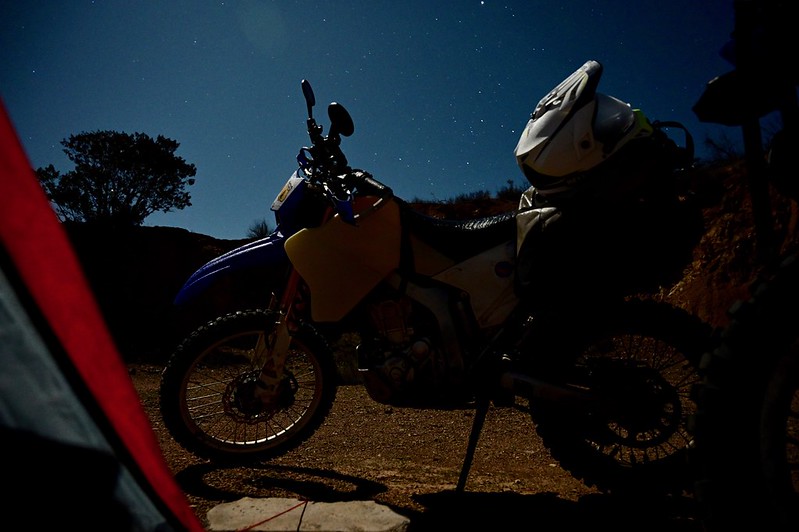 The bikes and every piece of gear left outside was covered in dew. 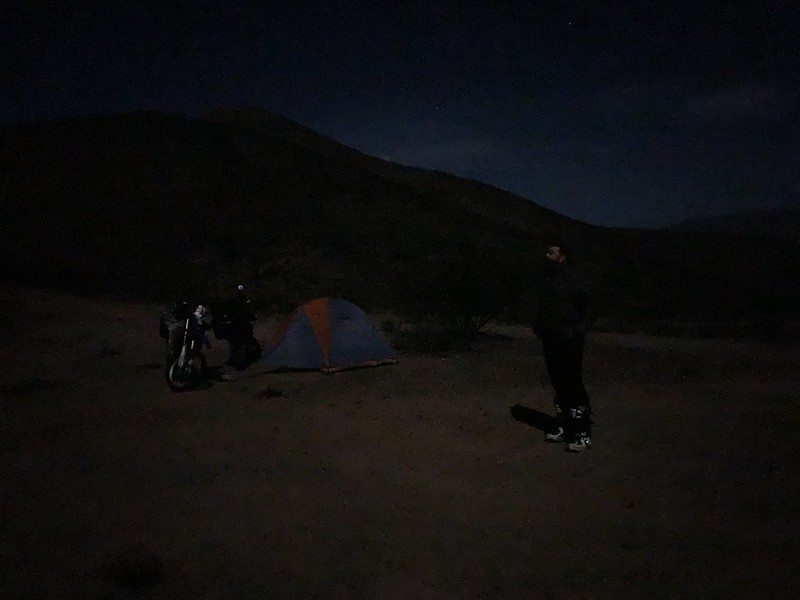