We woke up fairly late seeing as how everyone else was already cleaning up after having breakfast. For better or for worse, the burning desire for adventure meant that we were going for the nearest exit out of the country. Some have advised us to take the ferries to get from Vancouver to the Olympic Peninsula in Washington (where we wanted to explore the eponymous National Park), but I try not to take ferries unnecessarily, not when there are less sickening options. It would have made more sense if we stayed on Vancouver Island for a bit, but that would have to wait until next time.

The border guard grilled us a little more than usual. Something about our free spirited demeanour did not sit well with him. Hearing how long we intend to travel for, the border guard asked me if I have a job. And how did I get that much time off. Prioritizing, that’s how. The forklift operator at AC Cargo was saying how he will do something like this when he retires, because he will have all the time in the world then. Makes me cringe. Some things I do have all the time in the world for: like fixing software bugs. Those things, yes, there is no rush to do. I might get to do that some time this year. If I’m bored.

We decided to get some supplies. The ride to Walmart in Bellingham was uneventful, visit to it – overwhelming. A wonderful place where you can buy denaturated alcohol, chain lube, prepaid SIM cards, and milk all in one place. But if you’re doing it for the first time, you’re gonna need a whole team of assistants to figure it out. Which I did. Thanks guys. 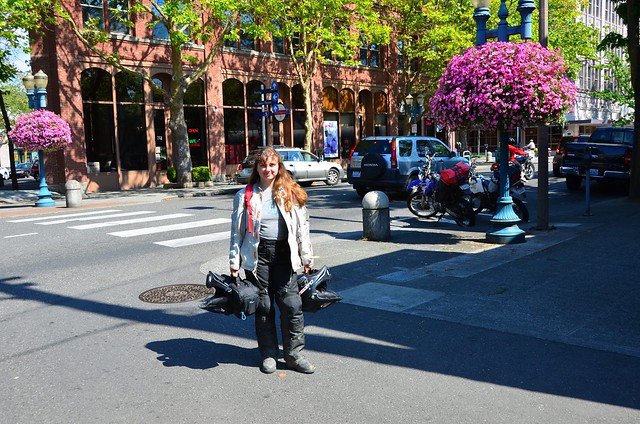 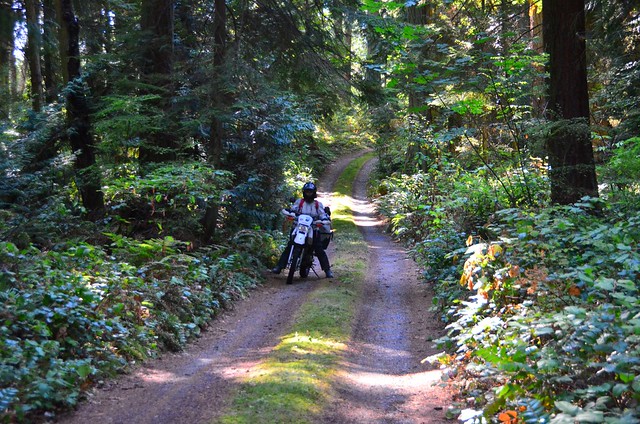 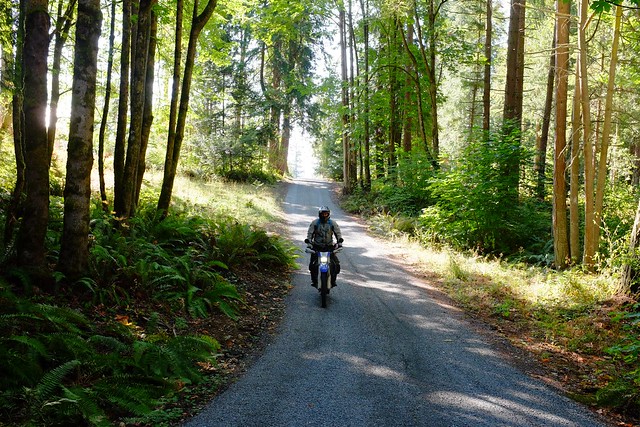 Finally we decided to skip through Seattle and surrounding areas by the interstate, so that we can make it to Olympic peninsula that day. And we did! Asked Google for a camp site. The first try was a run down trailer park (seemed like a perfect setting for a horror movie or a very bad drama), but the second – a beautiful green campsite among old trees in Potlatch State Park. A cup of tea, a chocolate square, and good night to all the bugs. 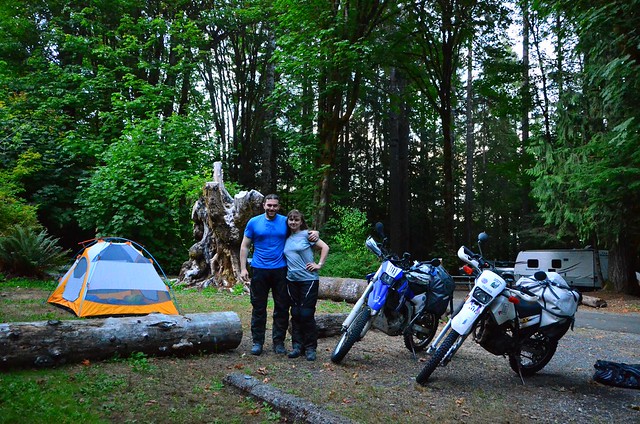