Out of Venice – to lake Garda

Bidding farewell to Venice is a hard thing to do, so I will start this entry with some lost and found shots of La Serenissima: 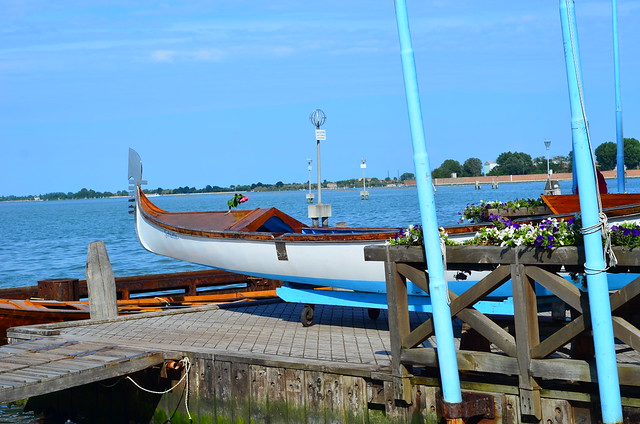 A rare creature rests in Cannaregio – a white gondola. Her name is Gabriella. 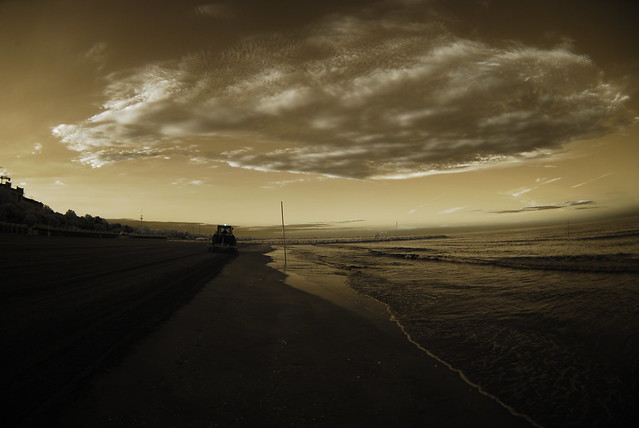 Lido di Venezia getting its groove on. The tractor is polishing out the sand into even grooves. 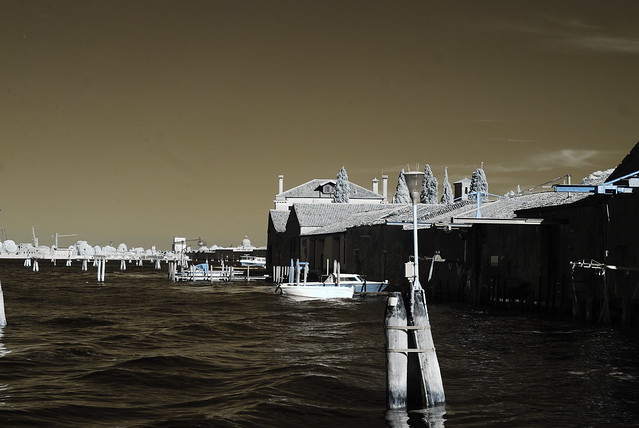 The shores of Cannaregio. Infrared. 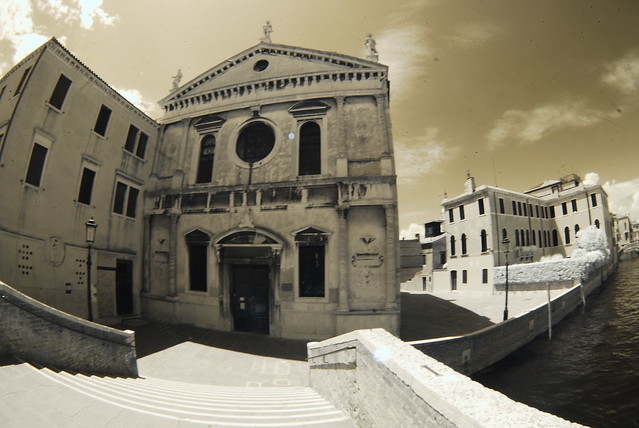 View from the Academia bridge.

Now that that is out of the way, let’s go pick up the car, shall we? As most things in Venice, this journey starts by water. We barely made it to the Orto – Venice airport boat from Alilaguna. We checked all parts of the apartment as we scrambled our things together and gave the apartment one last look. Then we locked the door and hurried through the small streets and down the canals towards Orto thinking that we would miss the boat. About 20 meters from the pier, my shoes gave up. They were leather flip-flops and perhaps the pace of the past week was too much for them to handle. Oh well.

We came right on time and packed with all our bags and purchases we arrived at Venice Airport within 20min. There we started our 15 minute walk to the airport where we waited quite a long time. The line was short, only two Russian women in front of us travelling together (lots of tourists in Venice, and as it turns out, other Italian cities were Russian), but they had some kind of problem with their rental. One of them wanted every little detail clarified, which took a long time, while the other was beginning to get about as bored and anxious as ourselves. Eventually we got our turn, done all the paperwork and were heading to the parking lot to pick up our car. That’s where we met Marco, a friendly non-English speaking guy whose job it was to make sure we got the right car (we would see him 2 weeks later when returning the car, though he did not remember us by then). After about 10min wait the car arrived. Aside from it being a super cute and super fun cabrio, which already ranks very highly, it was in immaculate condition! It was fresh from the car wash and was spotless inside and out. I have never seen a rental car so clean in Toronto. It looked like new.

Here is where the fun began. My partner was the one driving and a small detail here is that he never drove a standard transmission car. It took at least 5 attempts to move the car off from the spot we picked it up at. Marco did not look particularly amused, but just a tad bored. I guess he sees this sort of thing every once in a while. After about two hours of slowly circling the parking lot, we decided to try to go reverse. The shifter however did not want to move to the R position. After gathering more courage, we carefully drove back to Marco and asked how to do reverse. Turns out there is a little ring on the shifter that you have to lift in order for it to go into reverse. Thinking that this about covers it, we headed out.

Our next destination was Sirmione on lake Garda, but we did not go there right away, first driving in random directions on the smaller roads to get a better feel for how it all works with traffic around us. We did stall quite a few times when starting up from red lights or stop signs. Oh well.

The country roads were very beautiful though. From almost every point you could see mountains near the horizon, the air was fresh, the sun was high, it was bliss, especially with the top down. 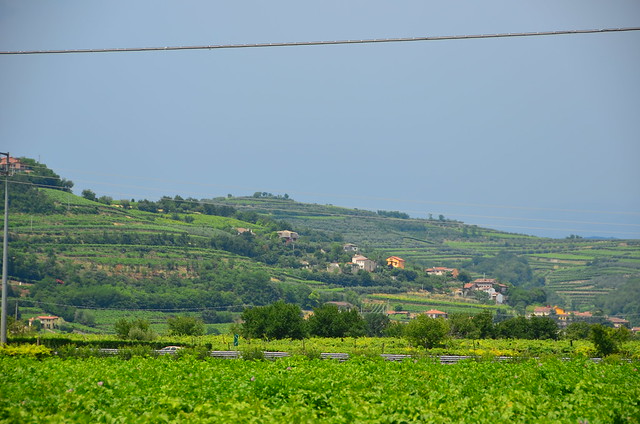 Most of the green hills are covered with vineyards, little villages, each distinguished by a church with a tall tower. 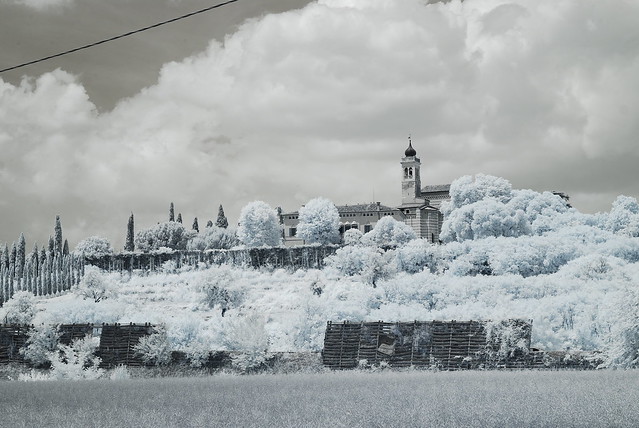 Like this church, seen amoung white vineyards in infrared. 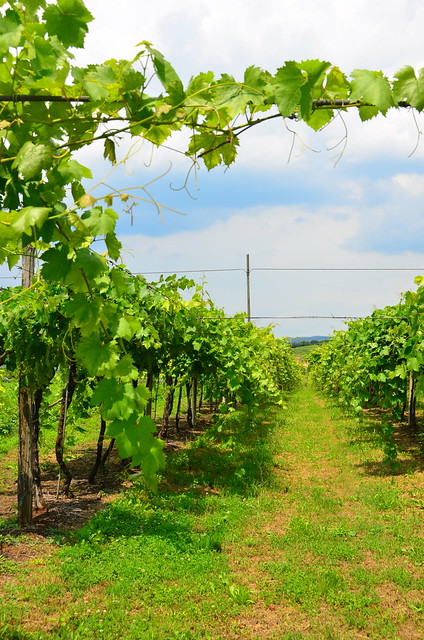 Grapevines growing right near the road.

Speaking of roads, they are quite different from those in Canada. First of all, they are generally more narrow. Secondly, there are very few stop signs on country roads, instead every intersection is a roundabout. This seems to help move traffic along much more effectively, since often you don’t end up stopping at all. And the last thing that really stood out, was the motorcyclists. They are more ubiquitous, move generally much faster than cars, and share lanes, pass more aggressively. Not that it’s a bad thing – drivers seem to expect it, so they move to the right letting motorcycles pass safely and everyone just moves along. Aside from the occasional tourist failing to properly start after stopping at a red light, everyone in general acts to keep the traffic moving and not cause unnecessary delays.

Eventually we made it Sirmione. If you look at the map, it’s located right at the tip of a narrow peninsula, surrounded by water on three sides. Zoom out a little to check out the larger scale, anatomical shape of the lake.

What we saw once we got there looked somewhat like this: 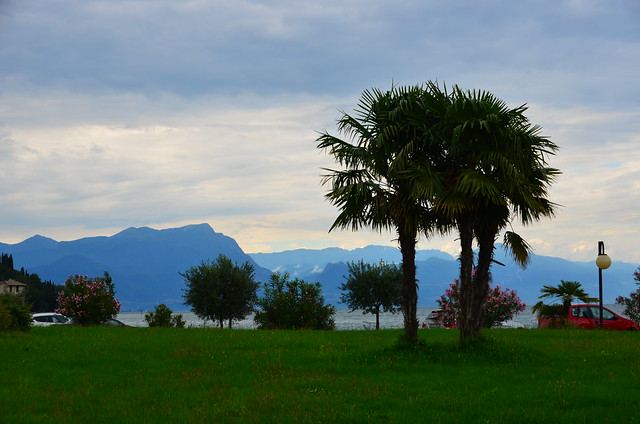 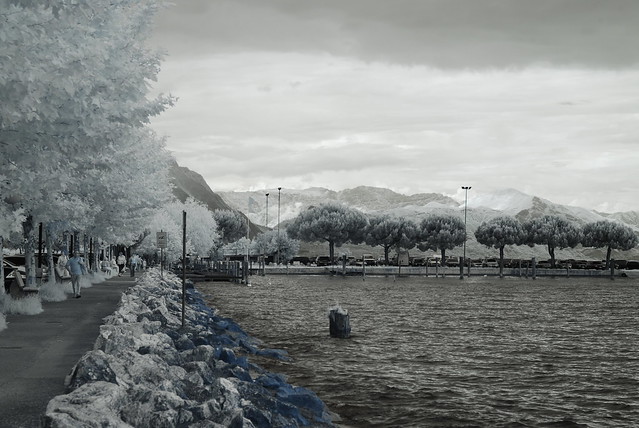 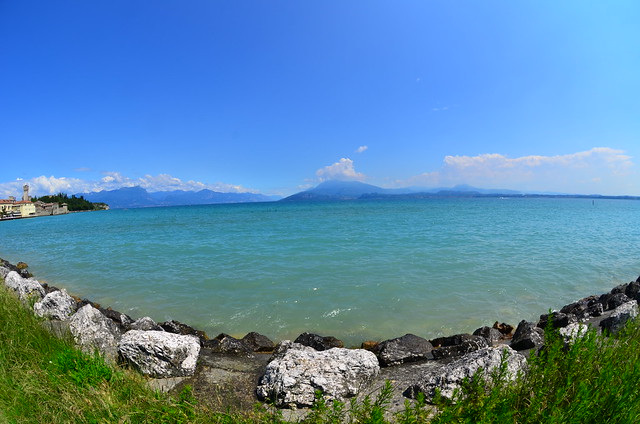 The thought that bothered me was this: how can all these people just walk around and not look at this beautiful shore and the mountains and everything? They just looked at their gelato, at the pigeons, at the shops… Such missed opportunities to enjoy the breathtaking views! Oh well. 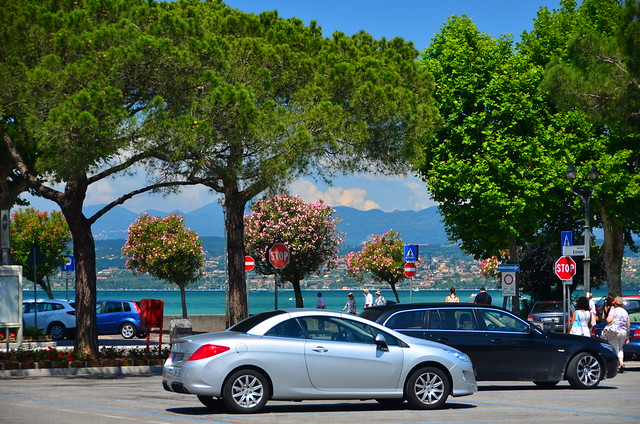 That's our Peugeot 308 CC, in a shopping parking lot in Sirmione. With the roof up it looks like a regular sedan, but with some trickery the whole thing after the windshield get tucked in the trunk. By the way, the whole car does not have a single cup holder. Shows you where their priorities are.

Now comes the most challenging part of the day. Our hotel was located inside the old town of Sirmione, and what that means is that you have to go over a small bridge and then around narrow streets built in 13th or 14th century to get to it. We naively thought we should just drive up there. With the roads being very narrow, often going at odd angles up and down, people walking all around with little regard for the cars – sometimes it was nerve wrecking. And then it turns out that we only drove there to unload our stuff and parking is actually outside the old town. Naturally.

After taking care of the car, we took a stroll around the lake, stopping for a much needed lunch. 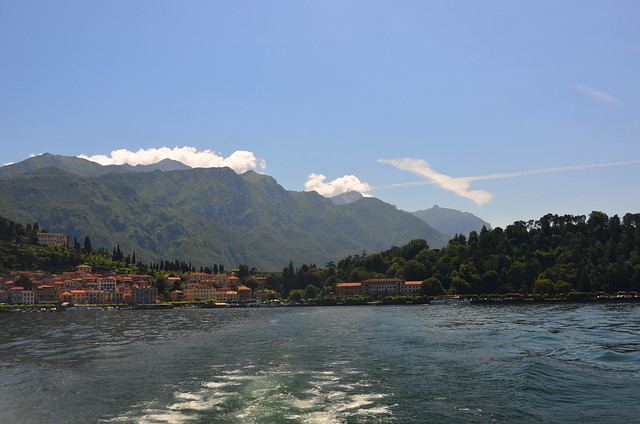 There was also a pizza with that. Life is good.