Just a few minutes from Ponta Delgada harbour lies a wreck of a ship that at one point participated in the D-Day invasion of 1944, and was later re-fitted as a cargo ship. It is known as the Dori wreck, and it’s one of the go-to locations for dive shops based in Ponta Delgada. 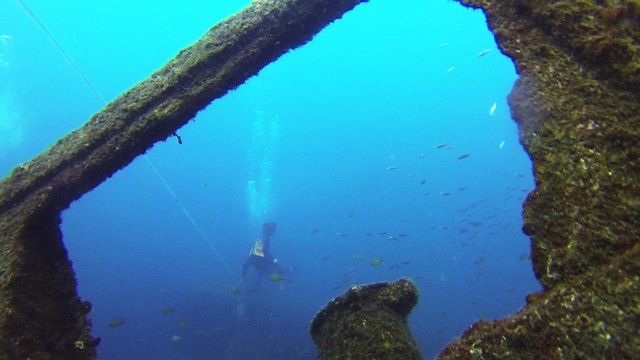 A couple days earlier I spent a solid half hour in a tiny pharmacy in Rabo de Peixe trying to find something to cure my motion sickness. I was armed with a list of possible drug names in English, and the pharmacist used the infinite powers of Google to find the equivalent Portuguese names. Probably the most commonly used such medicine is dimenhydrinate (dimenidrinato), and the version sold in this pharmacy went under the name “Viabom”, which I think means something like “good trip”. Very fitting.

The pills worked and I was no longer feeling miserable on the boat. The first dive of the morning was at a site called Mirror, and the visibility was low enough that the only thing you see as you look around in the water is the endless murky blue ocean. As we slowly descended by the anchor line, a cold underwater world appeared, with sea urchins, stars and various fish making a subtle appearance. 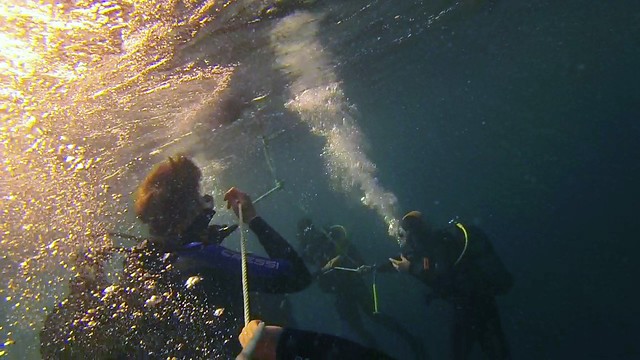 Descending by the anchor line. 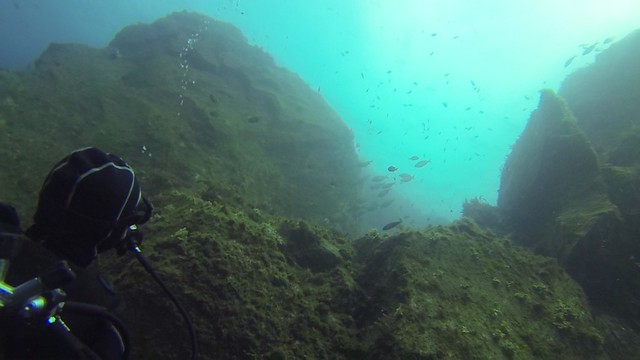 This first (for me) dive, was with none of the geeky gear, but on the second, the wreck dive, we took our underwater Nikonos V camera. It’s a vintage but fully working film camera capable of taking photos at depths of up to 50 m. The manual focus took a while to get used to, and these first couple of dives did not have any incredibly sharp shots. Still, a few fun ones came out of it. 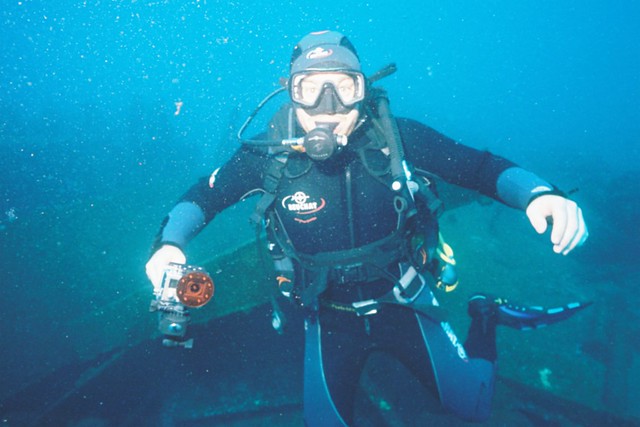 Alex posing at the Dori wreck. 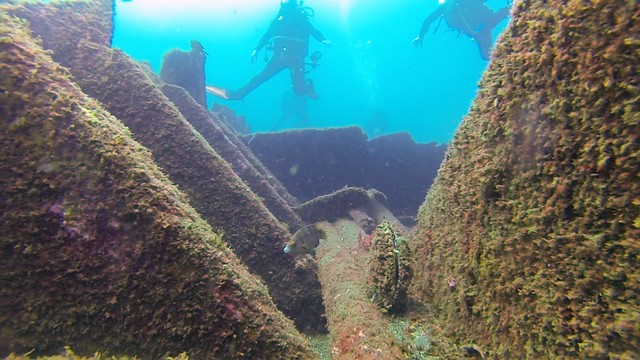 Divers and marine life at the Dori wreck. 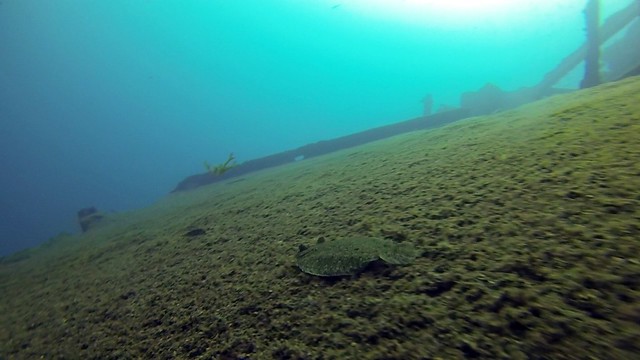 A flounder at the Dori wreck.

The visibility at the Dori wreck was much better. You can see the ship from the surface, lying on the sand 20 meters below.  It’s disintegrated quite a bit, and covered in various sea weeds on every surface, while different kinds of fish turned the more confined spaces into their homes. 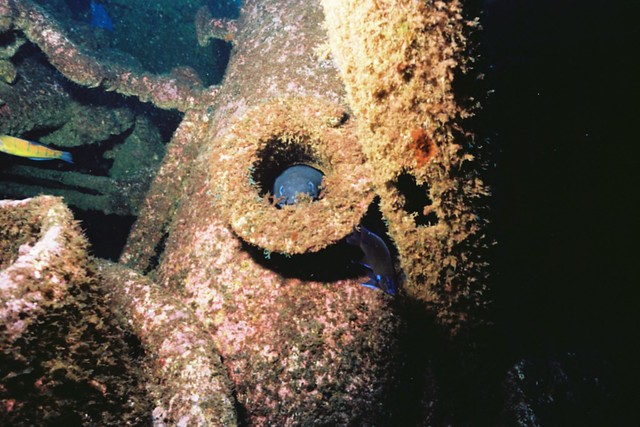 Handling the camera was way too exciting and I ended up running low on air relatively quickly. Our dive instructor, Bruno, was kind enough to offer me his octopus for some extended dive time.

Although the two dives ended around lunch time and there was still plenty of daylight left, we were quite tired and headed back to our house to take an afternoon nap. There is something about breathing air at higher pressure that’s just exhausting.

To finish off the day we headed to praia Santana, between Rabo de Peixe and Ribeira Grande. It’s marked as a beach from the main road, but is actually a rather small and neglected location. The waves beat up lots of foam leaving the shore looking very unappetizing. Yet we were all alone in this secluded beach, with a stretch of comfy sand and a view to kill for. If this isn’t romantic, I don’t know what is. 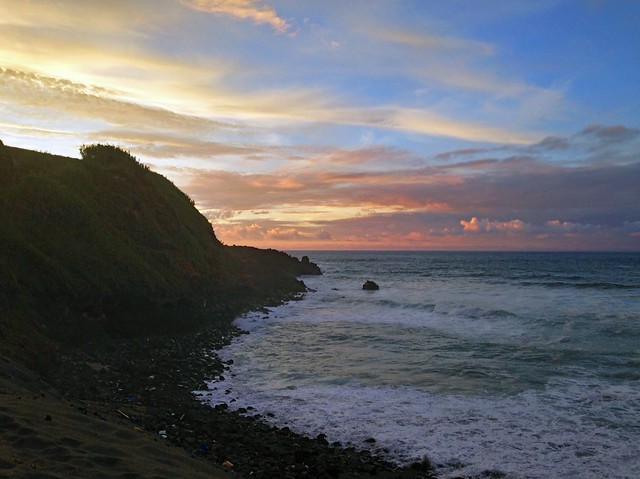 azoresdivingdorisão migueltravelwreck
Furnas: some like it hot
Toosday in São Miguel